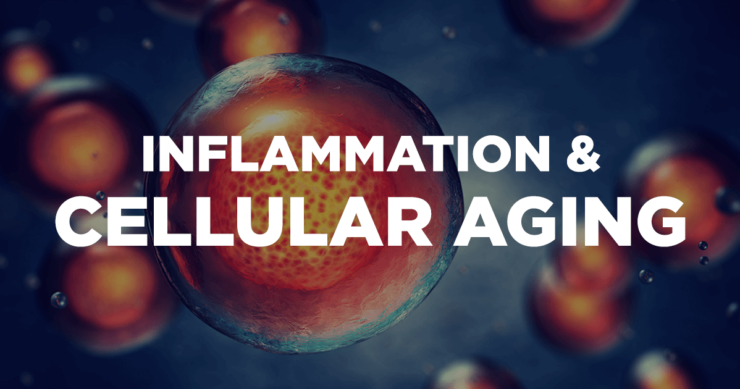 One topic that’s certainly moved to center stage as of late is immunity. For obvious reasons there is great interest in exploring what we can do to enhance our immune functionality. The key idea, as it relates to functionality, is the notion of balance. While a robust immune system seems like it would be an ideal goal, we now know that excessive immune function may actually prove threatening. Such is the case with the so-called “cytokine storm.” Cytokines are chemical messengers that are involved in regulating immune function. When overproduced, as may occur in COVID-19 infection, cytokines can amplify inflammation with all its attendant destructive manifestations.

Regulation and balance of the immune system deteriorate with aging. So as we age we become more susceptible to inflammation, both acutely as with the cytokine storm, as well as chronically, in disease states like Alzheimer’s, Parkinson’s, coronary heart disease, diabetes, and various other chronic degenerative conditions.

The term “cellular senescence” describes cells that have undergone aging and deterioration of function to the extent that is generally considered irreversible. And these senescent cells accumulate throughout the body correlating with the various disease conditions described above. But what is so fascinating is the fact that while we know that higher numbers of senescent cells play a role in increasing inflammation, it’s now clear that inflammation itself actually amplifies the aging of our cells. This creates a vicious cycle that bodes poorly for health.

So, what are our options for halting this feed-forward loop? First, we should look at how we might reduce the production and burden of senescent cells—so-called senolytic therapy. This was explored in my recent interview with Dr. Jeffery Bland.

Second, reducing inflammation is an important goal that we have been highlighting for the past two decades, looking at how leveraging anti-inflammatory lifestyle choices clearly and favorably impacts health and disease resistance.

The relationship between cellular senescence and inflammation was recently explored in an experiment described in the journal Aging Cell. In the study, the researchers found that mice that are genetically predisposed to having higher levels of inflammation demonstrated both premature aging as well as cognitive decline. Senescent cells were found to accumulate in the brain’s memory center, the hippocampus, likely explaining the decline in memory function that the researchers discovered.

With these findings as a baseline, the researchers then administered an anti-inflammatory drug to the mice. The findings were telling. Although the animals were genetically predisposed to higher levels of inflammation and thus cellular aging, the anti-inflammatory drug not only reduced inflammation, as expected, but also reduced the number of senescent cells in the animals’ brains, and, importantly, restored cognitive function.

This is an important study for many reasons as it demonstrates:

As a point of emphasis, the results described should not be interpreted as being supportive of the use of anti-inflammatory medication (ibuprofen in this study) for brain health. Indeed, NSAIDS like ibuprofen have been studied in human trials and have been found to be largely ineffective in the context of Alzheimer’s disease, for example.

But a more holistic and comprehensive program to limit inflammation without potential downside risks is advocated, and may well explain the proven value of appropriate choices related to lifestyle variables in areas like exercise, diet, sleep, stress management, and meditation in the wide array of chronic degenerative conditions, including Alzheimer’s disease, that so plague our modern society.