Internet Exposure and Your Brain 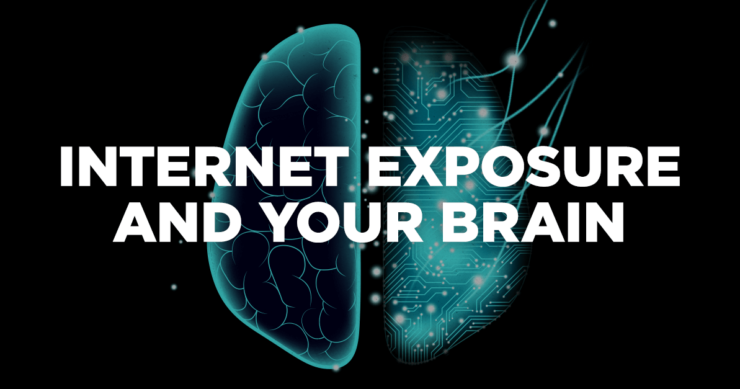 There seems to be and ever-rising level of concern these days regarding the potentially damaging effects of our increasing internet usage. While it is compelling to let anecdotes enter into the conversation, it’s always more meaningful to look at what the scientific literature is telling us.

In a new study published in the European Journal of Radiology, researchers decided to explore if there was any relationship between aggressive use of the internet and actual changes in the structure of the brain. They began their report by justifying the need for the research, revealing how internet addiction is now a public health issue. Although there are various nuances of internet addiction, they defined the four components as:

In order to maximize their chances of seeing any changes on sophisticated brain scans, the researchers decided to actually study adolescents because they are, as a group, using the internet most, and then within that group, those who qualified as actually being addicted (based on the aforementioned parameters). That said, it has been estimated that the level of internet addiction around the world is around 6% of the global population that uses the internet.

In this study, which initially involved looking at over 5000 adolescents in and around Shanghai, the rate of internet addiction was 8.78%. Ultimately 18 internet-addicted adolescents were studied and compared to 18 age-matched subjects who did not fulfill the criteria for internet addiction.

Once these teenagers were identified, they underwent sophisticated MRI evaluations of their brains. The results were profound. There were multiple areas of the brain in the internet-addicted group that demonstrated significantly lower density in the gray matter of the brain in comparison to internet non-addicted teenagers. One of the areas that was involved is called the left anterior cingulate cortex, which we know is an important brain structure allowing access to the prefrontal cortex, an area involved in planning for the future, executive function, understanding good versus bad, and reduced impulsivity.

In the conclusion to this important research, the authors stated:

We supposed that some special changes in brain structure may be associated with the behavioral and emotional problems of Internet addicted adolescents…The regions where reductions in gray matter were found between the Internet addicted and control groups were conceptually linked by the areas which are responsible for modulating emotional behavior.

So, what do we learn from this study? Interpreting their findings would indicate that some important areas of the brain are negatively affected in teenagers who satisfy the criteria for being internet addicted.

Now, what can we infer from the study? If we can extrapolate from these results that demonstrated these profound changes in those who use the internet to extreme, it is probably fair to say that there may well be changes in the brain that are brought on by levels of internet usage that are not this aggressive. To be fair, this study did not demonstrate this finding, but in my interpretation, for whatever that is worth, this study raises a red flag for all of us to be mindful of the time we spend interacting with the internet. As we explore in our new book, Brain Wash, while there is undoubtably an incredible benefit to be gained by time-restricted and intentional internet usage, it is the directed manipulation of our attention into black holes of mindlessness that may well be threatening to the actual structure and function of our brains.

Finally, it has been said that when we are doing one thing we’re not doing another. As it relates to the topic above, mindless hours wasted in front of screen directs our most valuable commodity, time, away from activities that can be an enriching, fulfilling, and even health and life sustaining, like interacting with other people and building relationships face-to-face. So, now that you’ve read this, close your laptop (or turn off your phone) and go spend some time outside, or reconnecting with a loved one nearby. Your brain will thank you.