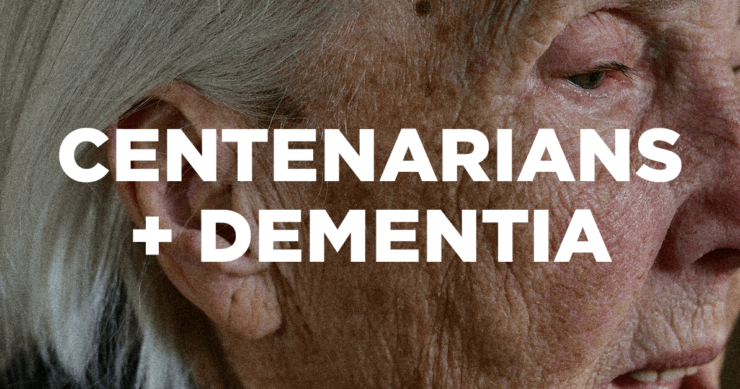 It’s generally assumed that we should expect that our cognitive function is going to decline as we age.

But, this isn’t exactly what the science reveals. While Alzheimer’s treatment is in the news spotlight, it seems reasonable to consider that our brain function might well remain preserved as we age.

In addition, and importantly, the brains of 44 of the subjects were examined after death to evaluate for various “hallmarks” of Alzheimer’s disease.

The study revealed that, save for a slight decline in memory, their high level of cognitive function across multiple domains showed virtually no decline. But what is even more intriguing is that fact that this preservation of function occurred even in those who demonstrated high levels of amyloid protein in their brains (Aβ pathology), with the authors stating:

This suggests that centenarians with high neuropathology loads may be resilient against the effects thereof. It is intriguing that the highest stages of Aβ pathology were present in the brains of high performing centenarians…

These days we are being led to believe that the cause of Alzheimer’s disease is the brain’s accumulation of beta-amyloid protein. In fact, it is this misguided and myopic perception that has ushered in the FDA’s hasty approval of a new drug, aducanumab, as an Alzheimer’s treatment. But look at what well-respected literature is demonstrating – that indeed cognitive function, even in very old people, can remain well preserved even when beta-amyloid is abundant. It’s no wonder that of the 11 members that made up a special advisory committee for the FDA on this approval, 8 voted against it.