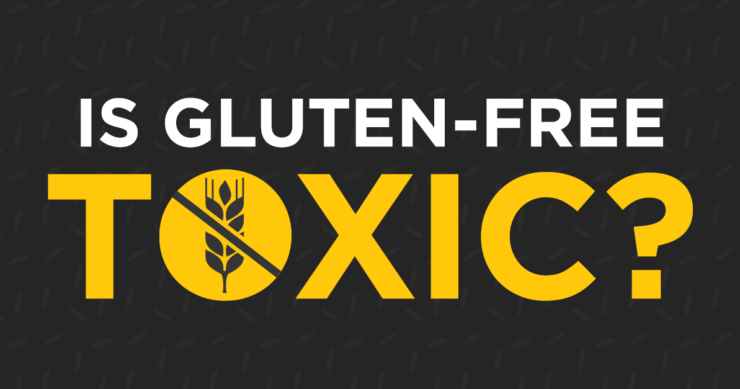 I’ve been getting a lot of e-mail and social media messages over the past few weeks about a recent publication that purports that going off gluten-containing foods will increase a person’s risk of arsenic and mercury toxicity.

The report, appearing in Science Daily, has clearly caused a stir amongst the gluten-free community. I mean after all, who wants to be poisoned, and from the sound of things, going off gluten might be doing just that!

Well, let’s take a step back and first focus on the report’s title: Gluten-free diet may increase risk of arsenic, mercury exposure. It’s the last word that should tell you something. After all, how could avoiding something increase your exposure to toxic chemicals?

Indeed, the study did find higher levels of these toxins in gluten-free individuals, but it was because they ate more of other potentially contaminated foods in place of gluten-containing grains. Rice, for example, is a popular choice for people giving up gluten, and the data clearly shows a powerful risk for arsenic exposure in folks who eat a lot of rice.

In addition, we do know that fiber does help the body rid itself of toxins. And going off gluten might lead to a reduction in fiber consumption.

So the take-home message here is that you’re not going to increase your risk for arsenic or mercury toxicity by eliminating something (gluten-free foods in this case). But you may well increase this risk by consuming foods higher in toxins, or by limiting your fiber consumption.