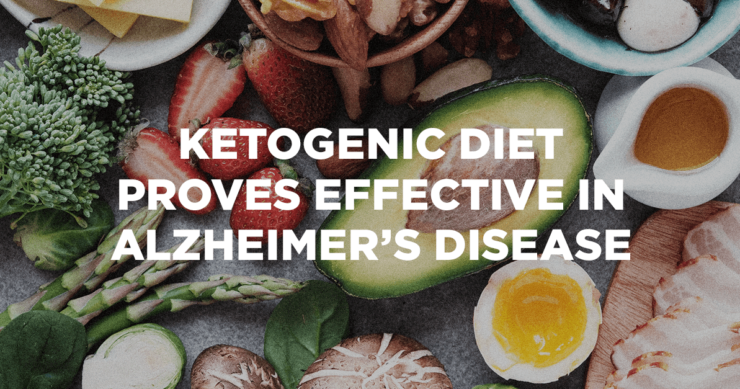 Over the past several years a mechanistic concept has arisen that seeks to explain the pathogenesis of Alzheimer’s disease. This has been called the bioenergetic theory. Basically, it describes a situation in which the highly energy demanding cells of the brain are somehow compromised in their ability to use fuel. Make no mistake about it, brain cells require an incredible amount of energy to perform their function. In the resting state, the brain, which typically represents only 2 to 5% of total body weight, consumes up to 25% of calories burned.

The brain’s primary fuel is glucose. And one of the hallmarks of Alzheimer’s disease is a progressive failure of the brain’s ability to use this source of fuel, basically a situation in which brain cells are not able to utilize glucose for energy. In fact, specialized PET scanning of the brain can visualize signature areas of the brain that are less functional in terms of glucose utilization that correlate with Alzheimer’s disease.

Recently, technology has evolved to allow researchers the ability to visualize, using PET scans, how the brain is able to utilize another fuel, ketone bodies. Ketones are a unique type of fat that the body manufactures when we are severely deprived of calories or we are on a diet that is high in fat and highly restricted as it relates to carbohydrates, and specifically refined carbohydrates like sugar.

In that the brain is able to utilize ketones as an alternative fuel when it is having difficulties utilizing glucose, one might think that a ketogenic diet would perhaps prove helpful in individuals with Alzheimer’s disease. And this was the question asked by my good friend Dr. Matthew Phillips as he designed a randomized, crossover trial to determine whether a 12-week modified ketogenic diet would have any effect on various parameters that are typically measured in Alzheimer’s disease like cognition, daily function, or quality of life. In fact, this study was done in a hospital clinic for Alzheimer’s disease patients.

The study involved 26 patients, of whom 21 completed the ketogenic diet. During the 12-week trial blood was evaluated for beta-hydroxybutyrate, an important ketone, especially as it relates to the brain.

The study revealed that in the ketogenic group, blood glucose levels remained lower than the non-ketogenic group, as you might assume. Further, measurement of blood ketone (beta-hydroxybutyrate) showed that ketones were higher in the intervention group, again, as we would assume.

Compared with the standard diet, patients on the ketogenic diet showed a small trend towards improved cognition. The analysis of this trend indicated it was non-significant, but keep in mind, Alzheimer’s disease generally declines with time in terms of cognition. Importantly, a significant change was seen on the scale measuring activities of daily living. This was described as being a meaningful benefit that “rarely occurs with medication.” Generally, Alzheimer’s patients decline as it relates to activities of daily living and self-care.

Finally, compared to the usual diet, patients had a fairly dramatic improvement in measurements of quality of life. This was determined to be a “substantial benefit”, especially in the context of the fact that there are no medications that have any effect on quality of life outcome.

Compared with a usual diet supplemented with low-fat healthy-eating guidelines, patients on the ketogenic diet improved in daily function and quality of life, two factors of great importance to people living with dementia. Changes in cardiovascular risk factors were mostly favourable and adverse effects were mild. Ketogenic diets may hold promise as viable and effective treatment strategies in AD, but larger and longer studies are needed before this can be stated with confidence.

We have previously reported results from Dr. Phillips on the significant effectiveness of the ketogenic diet in patients with Parkinson’s disease. Both Parkinson’s and Alzheimer’s are now characterized as representing bioenergetic issues, meaning that brain cells are having difficulty utilizing their primary source of fuel, glucose. Providing an alternative fuel source as he has done using ketones is proving significantly effective in these challenging conditions.

Moving forward, a ketogenic diet is something to be considered for individuals with these conditions, but should only be instituted under the direction of a healthcare provider who has experience with this dietary intervention.