Ketosis and the Heart: A Closer Look - David Perlmutter, M.D.

Ketosis and the Heart 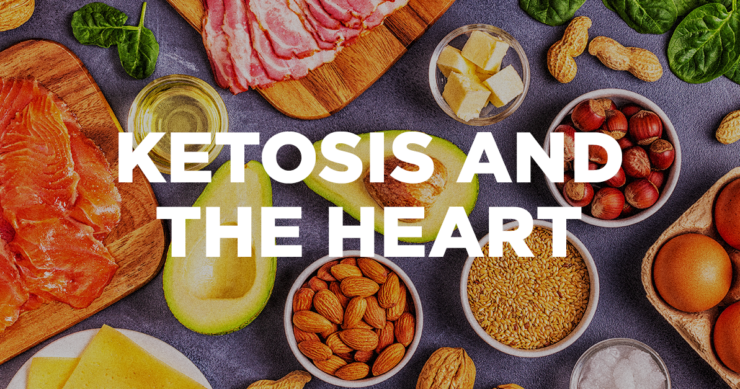 So much has been written in recent years supporting the brain benefits of a ketogenic diet as it relates to protecting and even enhancing brain function. But this unique diet, like any other dietary plan, cannot target a specific organ to the exclusion of the rest of the body. Further, diseases that threaten the brain, like Alzheimer’s disease, frequently coexist with other disorders. In fact, according to the Alzheimer’s Disease Association’s 2021 Alzheimer’s Disease Facts and Figures, 38% of Alzheimer’s patients have coronary artery disease and 28% have been diagnosed with congestive heart failure.

So while it makes sense to consider the ketogenic diet for Alzheimer’s patients, how is this dietary plan going to play out as it relates to the heart? This is the question that challenged researchers who recently published a comprehensive report in the Journal of the American College of Cardiology entitled “Therapeutic Potential of Ketone Bodies for Patients With Cardiovascular Disease.”

The paper begins with a review of heart metabolism and reveals that, unlike the brain that generally depends upon glucose as a fuel source, under normal conditions metabolites of fatty acids supply most of the energy requirements of the heart with minimal utilization of glucose. In cardiac disease, heart metabolism shifts away from fatty acids and depends more on glucose utilization. When heart failure takes hold, the heart reprograms itself to rely upon ketone bodies as a fuel source. And this was only discovered in 2016. This shift in heart metabolism has been observed in animals as well as humans and, importantly, the amount of ketones that are used by the heart is proportional to their blood concentration. This means that higher levels of ketones are basically more able to energize the heart in patients with cardiovascular disease. But keep in mind that even in healthy subjects not on any specific diet there are still measurable amounts of ketones in the blood (0.1 to 0.25 mmol/l).

The authors go on to describe an array of other mechanisms (pleiotropic effects) by which raising ketones in the bloodstream may benefit the heart beyond just the bioenergetic functions. Ketosis, defined in this paper as a blood ketone level greater of > 0.5 mmol/l, has been shown to improve the function of the cells lining the arteries called endothelial cells. This may be a consequence of increased nitric oxide production during ketosis which leads to increased relaxation of blood vessels. This is associated with better blood flow to the heart muscle as well as better control over blood pressure.

Ketosis has been demonstrated to reduce oxidative stress and improve mitochondrial function in animal models. These activities are generally ascribed to one ketone body in particular, beta-hydroxybutyrate. Beta-hydroxybutyrate also activates pathways that specifically reduce inflammation. This is important as inflammation is a significant mechanism driving coronary artery disease.

The authors conclude their report stating:

Evidence for benefits of ketone bodies in subjects with cardiovascular disease is rapidly emerging. In addition to the role of ketones in provision of an ancillary fuel for the failing heart, ketone bodies may also exert a myriad of pleiotropic effects. Ketone bodies may improve endothelial function, ameliorate oxidative stress, improve mitochondrial function, exert anti-inflammatory actions, and mitigate cardiac remodeling. Other systemic extracardiac effects on body weight, blood pressure, glycemia (blood sugar), and lipid profile may also benefit patients with cardiovascular disease. Regardless of the pathway to achieve ketosis, ketone bodies have potential clinical applications that require further exploration, including new therapeutic approaches to harness the beneficial effect of ketosis.

We have extensively reviewed the brain benefits of ketosis as well as the multiple dietary approaches that can enhance the level of ketones in the blood. Now that we have a much better understanding of the systemic implications of ketosis and the specific potential benefits as related to cardiovascular disease, it gives us an added sense of confidence that while we may target the brain with ketones, we’re likely doing good by the heart as well.