Low-Carb Diet is Best – Who Knew? 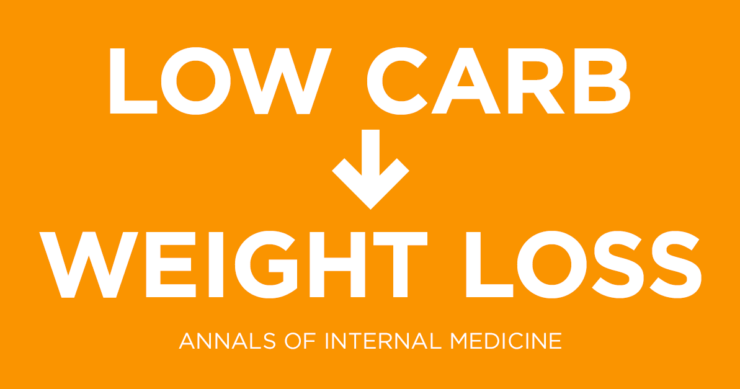 As I’m sure many of you are aware, we are getting ready for launch next week of the Grain Brain Cookbook. The mission of the new cookbook is to demonstrate how incredibly wonderful it is to eat low-carb higher fat food in terms of flavor, diversity, and health effects.

Over the past year since the launch of Grain Brain I have done my very best to bring to the public awareness the science that supports our recommendation for a lower carbohydrate, higher fat diet. This is the diet that research has demonstrated to be the most effective not only in terms of various health parameters like markers of inflammation, but weight-loss as well.

So it is certainly highly validating that with just one more week to go until the launch of the Grain Brain Cookbook, the highly respected medical journal, Annals of Internal Medicine, has published a new research study entitled Effects of Low Carbohydrate and Low-Fat diets: A randomized Trial. This study, supported by The National Institutes of Health, looked at a group of 148 men and women, without cardiovascular disease or diabetes, and placed them either on a low-fat diet or low carbohydrate diet. Those consuming the low-carb diet ate considerably more fat than those who were on the low-fat diet who consumed a lot more carbohydrate. The study assessed the individuals at 12 months and found that those individuals on the low carbohydrate, high-fat diet  demonstrated significantly more weight loss compared to those on the typical low-fat recommended diet. There were also significant improvements in lipid parameters as well as markers of inflammation in those eating more fat and less carbs.

Interestingly, those consuming the high-fat diet actually took in just over 13% of their daily calories from saturated fat which is more than double the 5 to 6%  recommended by the American Heart Association. The low-fat group consumed more cereals grains and starches, and their total dietary fat was reduced to less than 30% of their daily calories which is typically what most governmental agencies still recommend, despite research like this study.

There are two fundamental reasons that a low carbohydrate high-fat diet are the cornerstone recommendations of Grain Brain and now the Grain Brain Cookbook. First, this is a diet that is in line with what humans have consumed for virtually the entire time we have lived on this planet. Second, our most well respected scientific journals are now lining up confirming that this is absolutely the best diet for human health as we now see in yet another well-publicized report.

Again, it’s very exciting that we are bringing forth the Grain Brain Cookbook on the heels of this important research. You can eat low-carb and high-fat, and enjoy your food not just because it tastes great, but because it’s good for your health!

Later this month (September 12th), I’ll be appearing on the Dr. Oz Show where I will discuss exactly how to implement this diet and why it’s so important not only for general health, but for brain health as well. See you then!