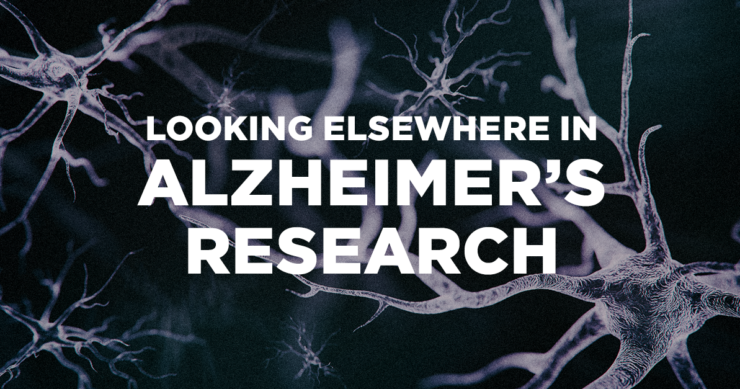 As is so often the case in modern medicine, so much of research science tends to focus on single causes as it relates to various disease states. Clearly, if a single cause can be validated it opens the door for what is called “monotherapy,” meaning the creation and utilization of a single drug that targets that specific pathway.

Nowhere is this more obvious than in Alzheimer’s disease. Many years ago, Alzheimer’s disease was simply thought to be the direct consequence of a brain deficiency of a specific neurotransmitter called acetylcholine. As such, pharmaceutical investigation focused on techniques to increase the availability of this neurotransmitter in the brain with hopes of benefiting Alzheimer’s patients. One area of research produced a drug that reduces the effectiveness of the enzyme that degrades acetylcholine in the brain with the hope that this would lead to increased acetylcholine and improvement in Alzheimer’s patients. This drug categorically has failed. Incredibly, it is nonetheless still on the market.

More recently, Alzheimer’s research, paving the way for pharmaceutical treatment, has focused on the so-called “amyloid hypothesis” of Alzheimer’s disease. This hypothesis focuses on the idea that somehow an increase in the deposition of a particular protein, beta–amyloid, is the main pathogenic cause of Alzheimer’s disease. As such, pharmaceutical companies have looked at various strategies including inhibiting the enzymes involved in amyloid production, as well as creating various drugs that might help degrade beta-amyloid in the brain. None of these approaches has proven successful by virtually any metric. Indeed, it has been observed in multiple studies that strategies designed to reduce beta-amyloid in the brain are actually associated with worsening cognitive function.

One would think that this evidence would argue against the so-called amyloid hypothesis and would cause us to take pause and reevaluate the situation.

With this in mind, we should ask a simple question. If removing beta-amyloid from the brain is associated with cognitive decline, perhaps, at least at some level, beta-amyloid might be something we need? To be sure, asking this question will raise a lot of eyebrows in mainstream medicine, but it is the exact question that was recently asked by researchers publishing in the journal, Neurobiology of Aging. This study, entitled, Hormetic effect of amyloid-beta peptide in synaptic plasticity and memory, begins by rightfully calling out the fact that the anti-amyloid therapeutics have proven to be of no benefit in Alzheimer’s patients. The researchers wanted to explore whether low levels of beta-amyloid might actually have what are called hormetic effects. Hormetic effects are described as some form of stress, which at a low level, actually proves beneficial to an organism.

In this research study laboratory mice were utilized. The researchers injected the brains of these laboratory animals with varying amounts of beta-amyloid and then performed various memory tests on these animals and compared the results of the memory and tissue studies to the levels of amyloid that they had received, injected specifically into the animal’s hippocampus region, an area fundamentally involved with memory.

Subsequently, various memory tests were performed and then the hippocampus was removed and evaluated to determine how much neuroplasticity had occurred. Neuroplasticity is simply a term that means the connection of one brain cell to the next, a fundamentally important feature in terms of memory formation.

What the researchers discovered was profound. Long term potentiation, how brain cells encode information, as well as its manifestation meaning memory, were actually improved with low levels of beta-amyloid infused into the mice brains.  As the level of beta amyloid was increased, these functions continued to increase and improve and then with even higher levels they declined. This was also observed when they studied markers of neuroplasticity

What the authors described is a classic “U-shaped curve” which means basically that there was an optimal level of beta-amyloid in the brains of these animals in terms of these important parameters of brain function. We are certainly quite familiar with the U-shaped curve. We see it in many other areas like sleep, where not enough is threatening, around 7-8 hours seems to be just right, and more than that may be associated with illness. We’ve seen it in blood sugar measurements as well. In a sense, in many areas of physiology, there is a “Goldilocks zone.”

And so it may be with beta-amyloid. Yes, this was an animal study, but it calls us to question the rationality of pursuing techniques that will completely rid the brain of this so-called “threatening protein.”

Yes, we actually do need our tonsils. Yes, there are some important upsides to having an appendix. And finally, we need to reframe our overzealous interventions to eradicate every last molecule of beta-amyloid because it may very well be doing us some good.