How Long Does it Take to Improve Gut Bacteria? - David Perlmutter M.D.

How Long Does it Take to Improve Gut Bacteria? 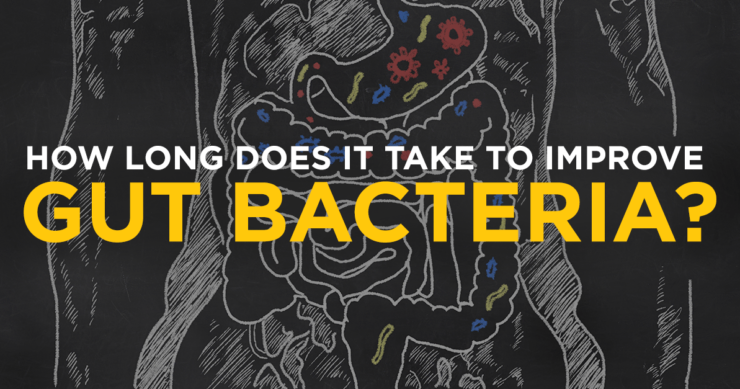 One of the most common questions I am asked, both when I am lecturing as well as on social media, focuses on the length of time it takes to change a person’s gut bacteria after dietary changes are made. Many would assume that these changes, which represent an adaptation of the gut microbes to a new diet, might take weeks or months. No doubt, people are anxious to know the answer to this question as they are becoming more and more aware of the critically important role of our gut microbes in determining our general health, weight, and risk for diseases including diabetes, arthritis, coronary artery disease, and even cancer.

In a recent study authored by Harvard researcher Lawrence David, the diets of six males and four females between the ages of 21 and 33 were manipulated in various ways. The subjects maintained a specific change in their diets for four days and assessments of their gut bacteria were made while on a new diet for six days thereafter.

Dr. David’s findings were quite revealing. His team observed some fairly profound changes in the makeup of the gut bacteria occurring just three days after a dietary change!

We live in a world where most of us expect things to happen quickly. Whether it’s ordering from Amazon Prime, or being able to download a full-length movie in a matter of seconds. So it is that we now know that changes occurring in our gut bacteria are also on the fast track!

So if you’re wanting quick results in terms of health or weight loss, it looks like your gut bacteria are standing by and ready to make this happen pronto!