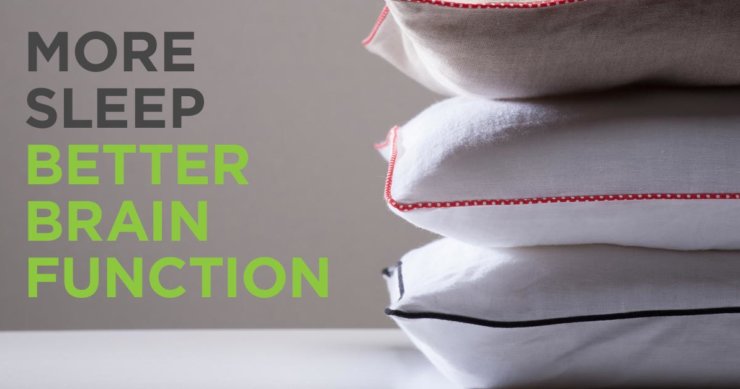 Many recent studies have confirmed how adequate sleep plays a pivotal role in fostering cognitive function. This is particularly evident in those individuals who do not sleep adequately, and may as well be obese.

In a recent study, entitled “Sleep Extension Improves Neurocognitive Functions in Chronically Sleep-Deprived Obese Individuals,” researchers evaluated a cohort of 121 obese individuals, both men and premenopausal women, who slept less than 6.5 hours nightly. When initially evaluated, 33% of the participants had impaired memory, 35% had impaired attention, 42% had deficits in motor skills, and slightly more than half had problems with executive function.

They then engaged these individuals in a program to extend the length of time that they were sleeping by using various lifestyle management techniques, as opposed to any pharmaceutical intervention. At the conclusion of the study, global cognitive function and attention improved by 7% and 10% respectively, with a tendency for improved memory and executive functions as well.

This is an important study for two reasons. First, it clearly defines the degree of cognitive impairment in individuals who lack adequate sleep, and who are obese. Second, it does demonstrate that there is some degree of reversibility when sleep hygiene is improved. As the authors stated in their conclusion:

Chronically sleep deprived obese individuals exhibit substantial neurocognitive deficits that are partially reversible upon the improvement of sleep in a non-pharmacological way. These findings have clinical implications for large segments of the US population.

I agree with their conclusion, and I’m particularly pleased with their findings of reversibility. This is welcome news for those individuals not sleeping well who may as well be obese. The take-home message is that brain function can improve, and it’s never too late to make changes.