The Magic of Vegetables for Your Health 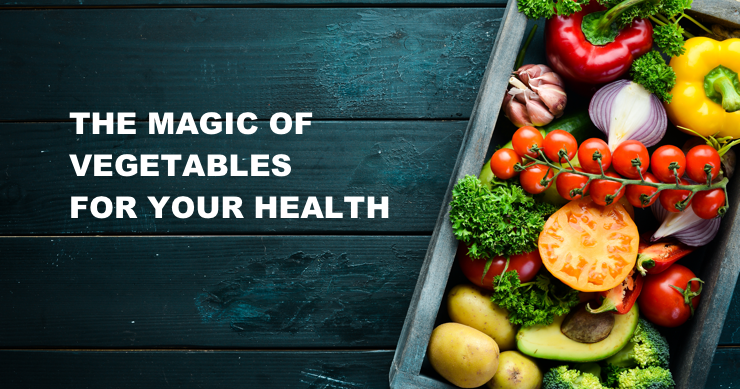 One of the most important goals we can identify to help us live a longer and healthier life is reigning in excessive inflammation. Chronic low grade inflammation is associated with just about every common chronic disease you can think of, from Alzheimer’s to type-2 diabetes, coronary artery disease, and even cancer.

As the authors of the study discussed below stated:

“During aging there is an elevated risk of cardiometabolic abnormalities, where a chronic inflammatory state characterized by slight elevations in the circulating levels of pro-inflammatory biomarkers has been implicated in the pathogenesis of age-related diseases.”

Not that inflammation in and of itself is necessarily bad. The inflammatory response is a fundamentally important part of our physiology that aids us in varies of ways including our appropriate responses to things like infection, trauma, and immune reactivity.

Modern laboratory testing now allows researchers and clinicians to measure the level of inflammation in our bodies. One common marker of inflammation is interleukin-6 (IL-6). Elevation of IL-6 in the blood tells us that something is stimulating an inflammatory response in the body or perhaps that mechanisms to keep inflammation under control are not working up to par.

In general, health is favored when levels of IL-6 are lower. And with that in mind, Swedish researchers recently set about to determine if there was any relationship between dietary choices and levels of IL-6 in human study subjects.

The results of the study were interesting, and certainly important. They found a dramatic inverse association between servings of vegetables consumed daily and IL-6 levels meaning that less vegetable consumption was related to higher inflammation as measured by the IL-6 test. This was noted even when comparing those who consumed less than 2 servings per day with those who reported consuming 2 or more servings as shown below:

Interestingly, no such relationship was found with fruit consumption.

Why might vegetable consumption result in better control over inflammation? First, vegetables are a rich source of dietary fiber. Fiber nurtures the gut bacteria and allows them to produce various chemicals that help keep inflammation in check. In addition, healthy gut bacteria tends to reduce the leakiness or permeability of the gut lining. This is important since increased gut permeability can dramatically increase inflammation. Vegetables are also rich in in anti-inflammatory chemicals like bioflavonoids. Bioflavonoids act through various mechanisms to reduce inflammation including by keeping uric acid levels down.

Here is the author’s conclusion:

In conclusion, the present study demonstrates that a higher intake of vegetables but not fruits is associated with lower levels of the pro-inflammatory biomarker IL-6 regardless of the physical activity behaviors in older adults, which strengthens public health efforts to promote vegetable-rich diets in older adults to mitigate age-related systemic inflammation

I couldn’t agree more, and it’s one of the reasons I do my best to promote this idea as well. Keep in mind that leaning more towards a plant based diet can be quite consistent with various popular diets including keto, low refined carbohydrates and even diets that are aimed at lowering uric acid.