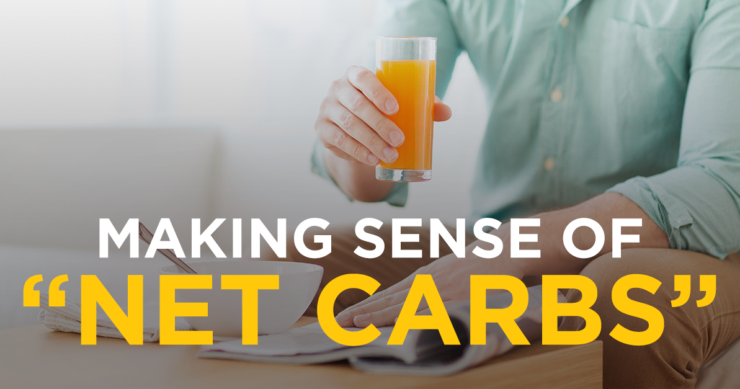 Now that the low-carbohydrate dietary recommendations have really taken hold, we are beginning to see quite a bit more information about nutrition labeling that not only describes total carbohydrate content of a particular food, but also indicates “net carbs.” Depending on the type of food, there may, in fact, actually be a significant difference between these two numbers.

So let’s break it down as it is actually very straightforward.

Let’s look at an example. One half cup of baby carrots contains approximately 6 grams of total carbohydrate. But there is a fair amount of fiber in whole carrots, amounting to about 2 or 3 grams in this case. So the net carbs would be about 3 or 4 grams.

An important place where this understanding comes into play is in looking at, for example, fruit juices. A one cup serving of regular orange juice provides of 25.8 grams of total carbs and only 0.5 grams of fiber, so the net carbs are about 25.3 grams. That’s enough to have a significant effect on blood sugar and insulin response.

Another way of looking at this calculation reveals that a larger difference between the total carbs and the net carbs is a good indication of the fiber content. The larger the difference, the better food.