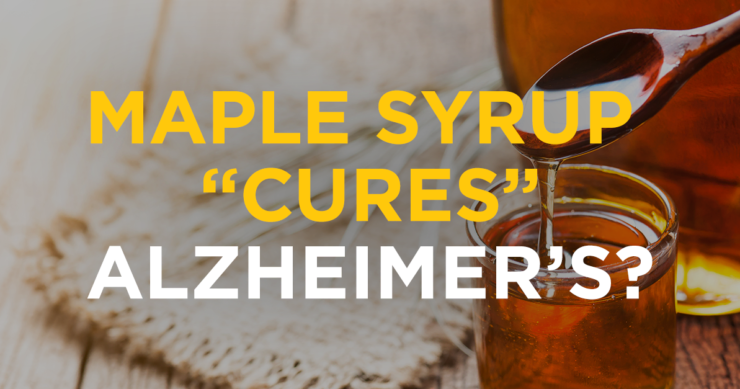 How exciting! All of the talk about the dangers of sugar go right out the window now, and we can start loading up on maple syrup, from drowning our pancakes in it to using it as a sweetener for iced tea. But let’s do a reality check first.

Here’s the problem. The research, carried out by Canadian scientists, demonstrated that a highly refined extract from maple syrup was able, in the laboratory, to reduce the activation of a certain type of protein found in the brain’s of Alzheimer’s patients.

To be clear, the study had no involvement with human subjects whatsoever. It also had almost nothing to do with maple syrup, as it simply evaluated a highly refined extract from this food. Further, it completely ignored any comment with reference to the profoundly detrimental effect on the human brain of the sugar content of maple syrup, of which there is a whopping 14 grams per tablespoon.

Unfortunately, the message most people are going to get when reading this headline is that somehow eating maple syrup is going to turn out to be a good thing, at least as it relates to Alzheimer’s disease. This is entirely off the mark in terms of what the researchers have discovered.

The media has an obligation to vet the material that is described in a fair and balanced way, recognizing that many people make important decisions based upon what they read in the popular press.