Marijuana as an Alzheimer’s Treatment? 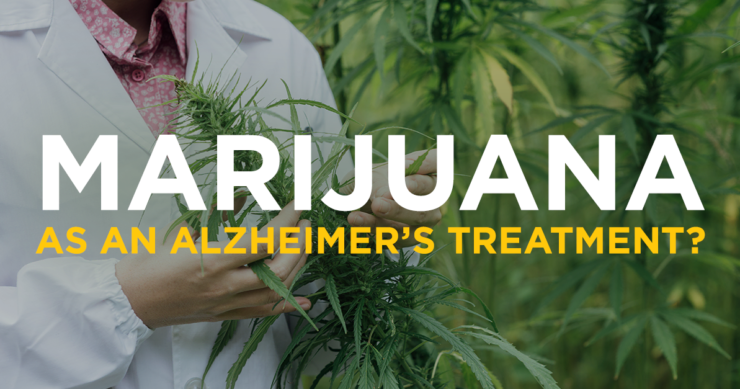 There has been a lot of “buzz” lately about the potential of using marijuana as a treatment for Alzheimer’s disease. In a recent study published in the Journal of Alzheimer’s Disease, scientists at the University of South Florida demonstrated how low levels of  delta-9-tetrahydrocannabinol, or THC, the chemical found in marijuana that is thought to be responsible for the high, is able to reduce the formation of the sticky protein beta-amyloid, which accumulates in the Alzheimer’s brain. Indeed, as one of the study’s authors commented:

While we are still far from a consensus, this study indicates that THC and THC-related compounds may be of therapeutic value in Alzheimer’s disease.

But I need to point out that there is one major flaw in this potential breakthrough. Countless efforts have been directed at developing protocols and specific medications to help either rid the brain of beta-amyloid or reduce its production. Virtually all of these studies have produced complete failure, often making the test subjects decline more quickly, and with good reason.

We now recognize that beta-amyloid, rather than being the cause of Alzheimer’s disease, is actually the brain’s response to infection. Beta-amyloid is an “anti-microbial peptide” and, as such, helps wall off and even rid the brain of potentially damaging infections from things like viruses. So the logic that providing marijuana, and thus THC, to Alzheimer’s patients will benefit them is, unfortunately, seriously flawed.

Please understand that my position is not based on a moral stance regarding marijuana one way or the other. I’m only looking at this from a biochemical perspective.