Move Your Body – Love Your Brain 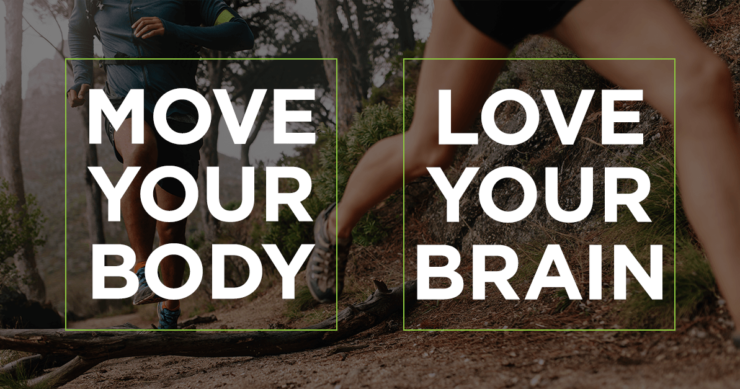 How does simply moving around affect the brain? For the past several years I’ve been doing my best to get out the information that shows how aerobic exercise benefits the brain by increasing the growth of new brain cells, as well as reducing the risk for brain degeneration. However, it looks like most adults are not achieving the 150 minutes of moderate to vigorous physical activity/week recommended by the 2018 US Department of Health and Human Services (HHS) Physical Activity Guidelines. In fact, this level of physical activity is only achieved by 57% of adults aged 40-49, and a paltry 26% of those aged 60-69.

That said, researchers recently set about exploring whether simply moving around would have a beneficial impact on brain health. They designed a study of 2,354 participants (with an average age of 53) that ran for three years. The subjects wore an accelerometer that basically determined both the number of steps they took each day as well as the intensity level of their activity.

At the conclusion of the study the subjects underwent brain MRI scanning to determine the volume of their brains.

Wow. Talk about anti-aging medicine! Here’s what this looks like graphically, broken down by age group. The authors of this study concluded:

Every additional hour of light-intensity physical activity was associated with higher brain volumes, even among individuals not meeting current physical activity guidelines. These data are consistent with the notion that the potential benefits of physical activity on brain aging may accrue at a lower, more achievable level of intensity or duration.

So if you choose not to engage in moderate physical activity for 20-30 minutes a day, it looks like, based on this study, simply reducing the time that you are sedentary will still likely offer up some important brain benefits. One simple way to make this more likely is by reducing screen time, for example, in all of its forms. So thanks for reading, but I think now you should stand up from your chair, or put the phone down, and take a walk around the block, or perhaps for a cup of (black) coffee or tea. Just get moving!