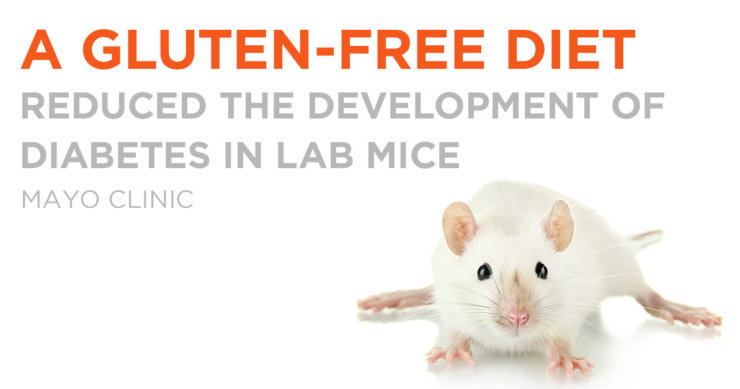 We are just beginning to gain an understanding as to the mechanisms underlying the role of gluten in inducing autoimmune diseases like type I diabetes. Much of our understanding stems from the landmark publication by Harvard’s Dr. Alessio Fasano in which he provided and in-depth and comprehensive understanding of the role of the intestinal barrier in terms of regulating inflammation as well as autoimmunity. Fundamental to his thesis is the effect of gliadin, a component of gluten, on the integrity of the gut wall.

What Dr. Fasano demonstrated was how gliadin induces the mobilization of another protein, zonulin, and how zonulin then goes on to increase the permeability of the bowel. It is this increase in permeability that is playing a pivotal role in challenging the immune system, and leading to inflammation as well as autoimmunity.

Subsequent to Dr. Fasano’s publication, researchers at the Mayo Clinic in Rochester Minnesota published exciting research that demonstrated a dramatic reduction in development of type I diabetes in laboratory mice if they were raised on a gluten-free diet. While it is reasonable to assume that the preservation of gut integrity by not challenging it with gluten may have been responsible, the authors explored another intriguing possibility. What they found was that when these animals were placed on a gluten-free diet there was actually a significant change in the various species of gut bacteria in the animals tested.

Our novel study does suggest that dietary gluten could modulate the incidence of type I diabetes by changing the microbiome.

This is a very intriguing bit of information, as it correlates an autoimmune condition (type I diabetes) with changes in the gut bacteria.

We are now seeing a fairly dramatic increase in the incidence of various autoimmune conditions, including type I diabetes, rheumatoid arthritis, and systemic lupus erythematosus. This new research suggests that, if changes in gut bacteria pave the way for autoimmunity, then we have to ask ourselves, what environmental changes are bringing this about?

The human microbiome is sensitive to a variety of environmental factors including food choices, antibiotic usage, other medications, including nonsteroidal anti-inflammatory drugs, and even exposure to glyphosate, an herbicide now almost ubiquitous in agricultural products. The point is, when we alter the balance of bacteria that live within us, we set the stage for our most dreaded diseases, many of which did not have readily available pharmaceutical fixes.