New Findings on Gluten’s Impact on Brain and Gut Health 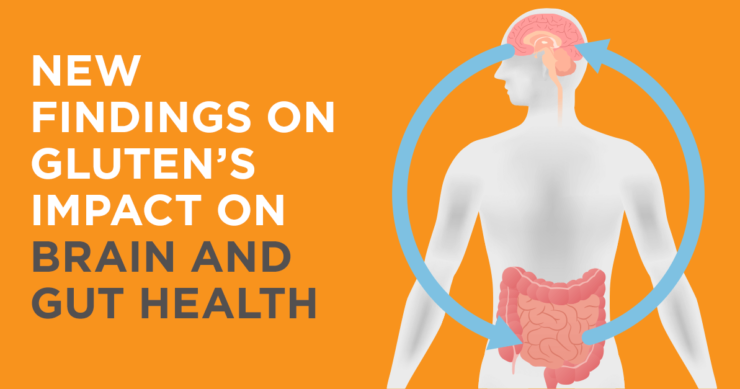 If you haven’t had a chance to explore it yet, the Science section of this website is filled with scholarly articles and research on topics ranging from the relationship of diabetes to Parkinson’s, to the efficacy of the ketogenic diet as a treatment for epilepsy. If you have a question, it’s likely that the answer to it can be found in one of the studies that exists in this area. Recently, I added two new studies, both published this year, which are products of my recent research. Their findings continue to reinforce the conclusions I reached in Grain Brain.

The first study, titled “Association Between Headache and Sensitivities to Gluten and Dairy,”  was published in the journal Integrative Medicine in April of this year. Like Grain Brain, this study is approachable for people of all backgrounds, and I encourage you to read it to learn more about the gluten-gut-brain connection. In short, using a gluten-free and dairy-free diet, we were able to virtually cure a 30-year old male of his migraine headaches and reduce the elevated level of gluten-related antibodies in his body. Clearly, a gluten-free diet will not be effective in all migraine patients. But based on this report, doesn’t it seem reasonable to at least give it a try?

“Differentiation Between Celiac Disease, Nonceliac Gluten Sensitivity, and Their Overlapping with Crohn’s Disease: A Case Series,”  my second study, was published in January of this year in Case Reports in Immunology. This study set out to address three seemingly different diagnoses of gut (or gut-related) ailments (celiac disease, non celiac gluten sensitivity, and gut-related autoimmunities), and treatments suggested for those conditions. The research, conducted as three case studies, produced results that are quite in-line with the recommendations I make in Grain Brain, and the findings of similar studies.

I encourage you to read these, and other, studies to learn more about the science behind Celiac Disease, gluten sensitivity, brain health, and the Grain Brain lifestyle.