New Medication Associated with a 50% Risk Reduction for Dementia! 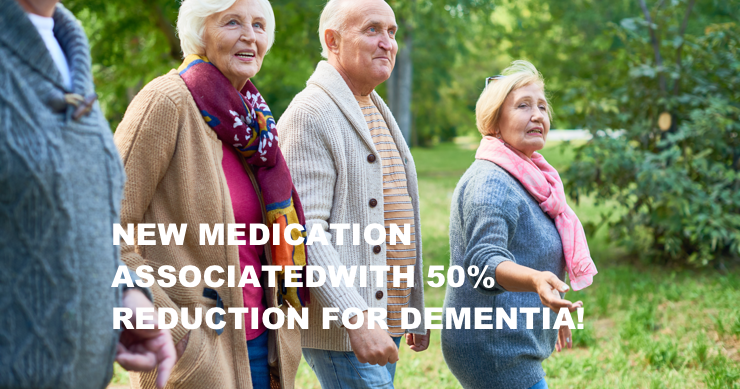 In the context of the lack of any meaningful treatment for dementia, including Alzheimer’s disease, the recent discovery of a new medication that has been shown to be associated with dementia risk reduction by as much as one half is incredibly exciting. If this medication becomes widely used, it will have global implications.

The study, revealing the potency of this new treatment, was just released, and appears in the Journal of the American Medical Association. In this research,  scientists followed close to 80,000 adults for 7 years. And the dosage of the medication varied with each participant.

The results were dramatic. Those in the highest dose ranges experienced a profound risk reduction in terms of developing dementia, by as much as 50%!

Here’s the title of the study: Association of Daily Step Count and Intensity
With Incident Dementia in 78 430 Adults Living in the UK. Yes, what the researchers studied was the relationship between the number of steps these folks recorded each day, and whether or not they became demented. And as it turns out, the best outcome was seen at around 10,000 steps per day. This level was associated with a 51% risk reduction.

What’s more, the authors determined that risk begins to decline even at the very lowest levels of daily walking.

“Taking more steps per day was associated with a lower risk of incident all-cause dementia. The optimal dose was estimated at 9800 steps per day, just under the popular target of 10,000 steps.”

“We found no minimal threshold for the beneficial association of step counts with incident dementia .”

Ten thousand steps, on average, translates to around 8 km, 5 miles, or around 1 hour and 40 minutes of walking each day. But keep in mind, this study looked at total walking, meaning all the walking a person might do in a day either while exercising or not.

The take home messages are simple. First, get moving, and any level will help. And second, the more the better.

Knowing how many steps you take in a day is simple to determine these days with so many wearable tracking devices available. So start today! This is the breakthrough medical science has been waiting for. And you can’t beat the price.