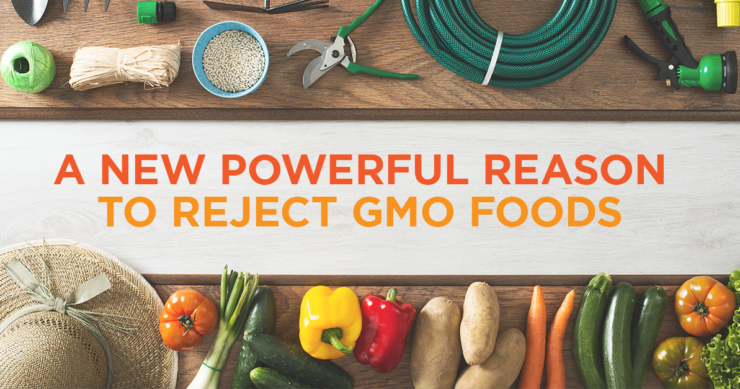 Glyphosate, the patented herbicide now used around the world, is the active ingredient in the more commonly recognized product known as RoundUp. RoundUp kills those nasty weeds that want to grow in our gardens, around our fruit trees and along our streets. We’ve got to get rid of weeds at all cost!

RoundUp is what’s in the tank on the backs of those people spraying the verdant median of our roadways. Yes, I’m talking about the same RoundUp that you can buy right off the shelf at your neighborhood Home Depot or any number of other garden stores. It’s sold right out in the open and we’re encouraged to buy it despite the fact that it represents an incredible threat to our health.

Glyphosate, you may recall, was determined to be a “probable human carcinogen” by the World Health Organization publishing in the journal Lancet Oncology in March of this year.

But here’s what’s even more concerning about glyphosate. It turns out that the research indicating the danger of this chemical is not really telling the whole story.

French researchers in 2014 studied the effects of glyphosate containing preparations on the survivability of various human cells. What was different about their research is that they didn’t study just glyphosate, but they looked at glyphosate as it is normally used commercially – meaning combined with other so-called “inert ingredients.” RoundUp, for example, isn’t just glyphosate, but glyphosate combined with many other chemicals to make it a proprietary product. As a matter of fact, there are more than 750 commercial products that are made with glyphosate and any number of other components.

What the researchers discovered is that combining glyphosate, the “active principle” with other chemicals made the product profoundly more toxic, stating:

Roundup was among the most toxic herbicides and insecticides tested. Most importantly, 8 formulations out of 9 were up to one thousand times more toxic than their active principles.

That means that, moving forward, as we read data concerning the toxicity of glyphosate (and there will be a lot of it), it is important to keep in mind that products in which glyphosate is combined with other chemicals are likely dramatically more threatening to our health.

And that’s why we should reject GMO foods as these are generally foods that are genetically modified to allow them to be treated with glyphosate containing herbicides.