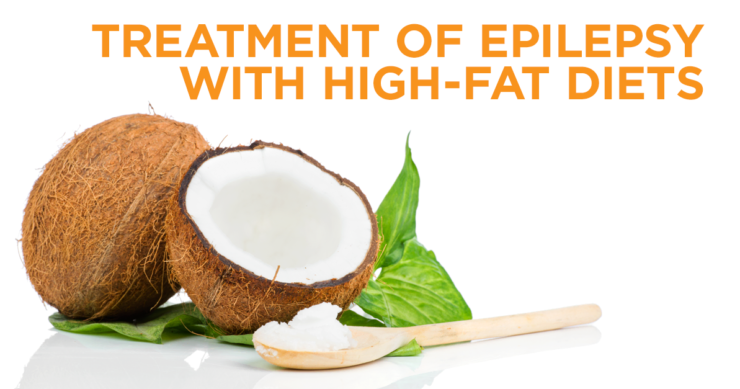 Epilepsy can be caused by a variety of different conditions including head trauma, infection, brain tumor, and stroke, but by and large most cases of epilepsy have no readily identifiable cause. Epilepsy affects some 2.3 million adults in America and close to half a million children. Further, about one in 26 people will be diagnosed with epilepsy at some point in their lives. It’s been estimated that there are approximately 150,000 new cases of epilepsy diagnosed in the United States each year and overall about $15.5 billion in medical costs as well as lost earnings and production are attributed to this disease.

The mainstay of treatment for epilepsy is pharmaceutical intervention. As I recently noted, more and more we are seeing surgical procedures being performed for those individuals who have not had a significant improvement with drugs. I indicated that at least some individuals are gluten sensitive and may benefit from a gluten-free diet which potentially could keep them from undergoing potentially life-threatening surgery as a treatment for their epilepsy.

But it is also important to understand that there’s another extremely effective dietary intervention that has proven itself quite useful in the treatment of epilepsy.

In 1920 a New York physician, Dr. Galen, reported at the American Medical Association convention that he had had significant success in treating epilepsy by initiating a program of fasting. At that time the only pharmaceutical interventions that were available included phenobarbital and bromides. Interestingly, the patient he treated was actually a young cousin who had aggressive seizures. On the second day of fasting the child’s epilepsy abated and did not return over the next two years of follow-up. Further studies appearing in 1923, 1926, 1928, all confirmed the effectiveness of fasting as an effective treatment for seizures.

Fasting is a way to produce a state of metabolism called ketosis. When a person is in ketosis, his or her body is utilizing fat as opposed to carbohydrate as a fuel, which, in this situation, becomes an alternative source of calories to power the brain.

To this day, a ketogenic diet, meaning a diet that is designed to increase the availability of fat while decreasing the availability of carbohydrate, remains an important tool that can be utilized in the treatment of children with epilepsy who do not have full response to medication.

Now a report, appearing several weeks ago in the journal Neurology, reveals that in fact, a ketogenic diet is also profoundly helpful in adults as well in terms of treating epilepsy. This research, published by investigators in Maryland, found that there was at least a 50% reduction in seizures in 32% of patients treated with a ketogenic diet as well as in 29% of patients who went on a modified Atkins diet. In fact, 9% of those placed on the ketogenic diet and 5% of those placed on the modified Atkins diet had a greater than 90% reduction in the frequency of their epileptic seizures. These diets were designed such that the bulk of calories, between 67% and 75%, came from fat. The study revealed that “the anticonvulsant effect occurs quickly with both diets, within days to weeks.” Interestingly, the most common side effect was weight-loss which the office indicated “maybe advantageous inpatients with obesity.”

Further, the authors revealed that only 60 to 65% of patients with epilepsy become seizure free using medication while 35% are resistant to the effects of medication. And they used these statistics to justify this study. They further stated that there has been an “exponential” growth in interest in using the ketogenic diet for the treatment of epilepsy.

The take-home message here is that patients with epilepsy have options beyond simple pharmaceutical intervention, and these include dietary changes which well-respected science is now validating as having significant efficacy. A fundamental cornerstone of the Grain Brain Program is profound reduction of carbohydrates and sugars while increasing “good” dietary fats. This approach tends to favor a low grade of ketosis which may well be the normal state of human metabolism. I have written extensively both on the site and in Grain Brain how this dietary approach has profound health-related benefits that relates to weight loss, metabolism, energy, reduction of inflammation, and even reduce risk for diabetes and cancer. This new report offers up yet another benefit to a higher fat lower carbohydrate dietary approach, in this case, for a disease that is devastating for so many.

In closing, I want to share with you a personal story of success I have had in my own practice.

Michelle is a 33-year-old woman who began having seizures at age 6 years. Over the years she was placed on multiple medications none of which was  successful either individually or in combination. At the time of her initial evaluation in June 2014 she was experiencing seizures approximately every six to eight weeks lasting approximately 3 minutes.

We placed Michelle on a gluten-free, ketogenic diet and for the first time she has become seizure free.

Finally, Michelle in her own words:

When I was six years old, I was diagnosed with temporal lobe, partial-complex epilepsy.  Over the years, I have seen multiple doctors and neurologists and I have been on every medication created to treat epilepsy, but I still continued to have seizures about every 6-8 weeks. For the most part, I have been able to lead a normal life achieving my college degree, getting married and having two happy, healthy kids but every time I had a seizure it was a cruel reminder that I was not everything I needed to be for my family. Many times after a seizure, I would be unable to work and care for them for days at a time.

I had been working with Dr. Donna Andrews and was able to understand that my seizures had to do with a lot more than the former doctors had explained to me. I was learning about how my blood sugar and stress levels affected my health and had experienced multiple stretches of three months without seizures but it was never consistent. Even though I knew I was headed in a better direction, I didn’t believe I could really be well.

After reading Grain Brain by Dr. Perlmutter, I called his office and was able to meet with him in person. When he read my past medical history he confidently prescribed the Ketogenic diet for me and his nutritionist worked to develop just the right set-up for my BMI. It seemed like a big change at first but really it has been much easier than I originally thought it would be. Now, after being on the diet, along with probiotics and supplements, I can say that I have been seizure free for over 4 months for the first time in over 20 years! My whole world is changing! I can work on getting my driver’s license! I can be what my family needs me to be! I believe God has used the Ketogenic diet to heal my epilepsy and I want to make sure everyone out there who is suffering from seizures has the opportunity to know about and try this amazing, risk-free treatment!