NSAIDS, The Gut, and Inflammation 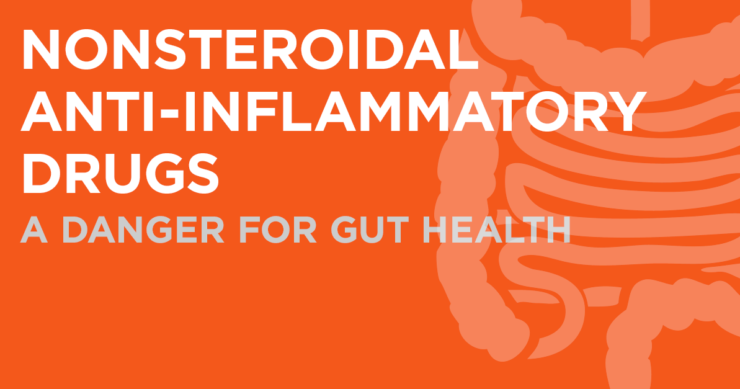 As I have discussed on many occasions in this forum, the process of inflammation is a cornerstone of virtually any degenerative condition in the human experience. This includes diseases like cancer, diabetes, coronary artery disease, Alzheimer’s disease, Parkinson’s disease, stroke, arthritis, and so many more. So it’s really important that we take a step back and try to gain an understanding as to what influences inflammation in the first place.

I am certain that many of you now embrace the notion that a “leaky gut” predisposes us to this process of inflammation. Basically, in the healthy condition, the gut lining is selectively permeable, as well as selectively impermeable, to various bacterial components, proteins, and other gut related particles. When the integrity of gut lining is challenged, these entities gain access through the gut wall and stimulate immune reactions that activate the production of inflammatory chemicals.

So it’s really very important to gain an understanding as to the factors that can lead to loss of integrity of the gut lining and, as such, a “leaky bowel”.

Commonly recognized causes of loss of bowel integrity include exposure to toxins, antibiotic exposure, pathogenic bacteria, and even emotional stress. In addition, it is now recognized that certain medications may lead to increased bowel permeability as well. There has been a lot of attention given to the role of nonsteroidal anti-inflammatory drugs (NSAIDs) in terms of damaging the gut lining and leading to inflammation, the very problem for which these drugs have been designed to help!

This is fairly breathtaking information. With the rapid expansion of gluten sensitivity in Western cultures, and people scratching their heads wondering why this is happening, we now have at least a conceptual explanation represented by one of the most commonly used class of medications in our society, the nonsteroid anti-inflammatory drugs.

Again the emphasis is on maintaining gut wall integrity. This is the key to reducing inflammation, which, as mentioned, place such a pivotal role in so many diseases that are common in Western cultures.