This One Food Choice Nearly Triples Risk for Cardiovascular Death 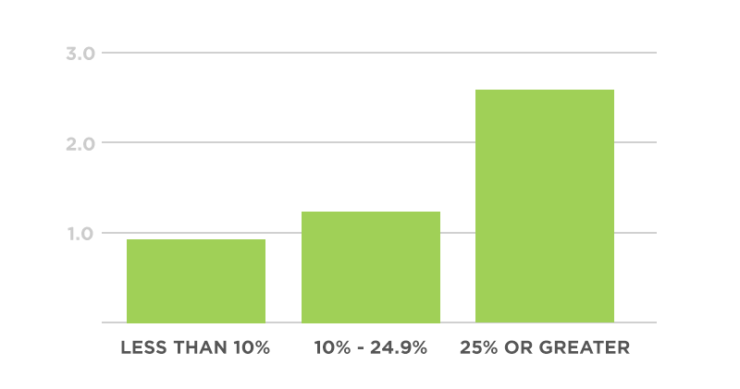 Earlier this month, the well-respected Journal of the American Medical Association published a report entitled: Added Sugar Intake and Cardiovascular Diseases Mortality Among US Adults. The report describes the findings of national survey correlating dietary choices and risk for developing various diseases. In this report, the researchers focused specifically on determining how added sugar to the diet relates to risk of mortality from a cardiovascular event.

The findings were dramatic. There was a perfect correlation between the amount of added sugar to the diet and risk for death from a heart related event. When comparing the group whose dietary added sugar constituted less than 10% of calories to those whose sugar consumption exceeded 25% of daily calories, those consuming the most sugar had a risk of death from a cardiovascular event almost 3-fold higher! 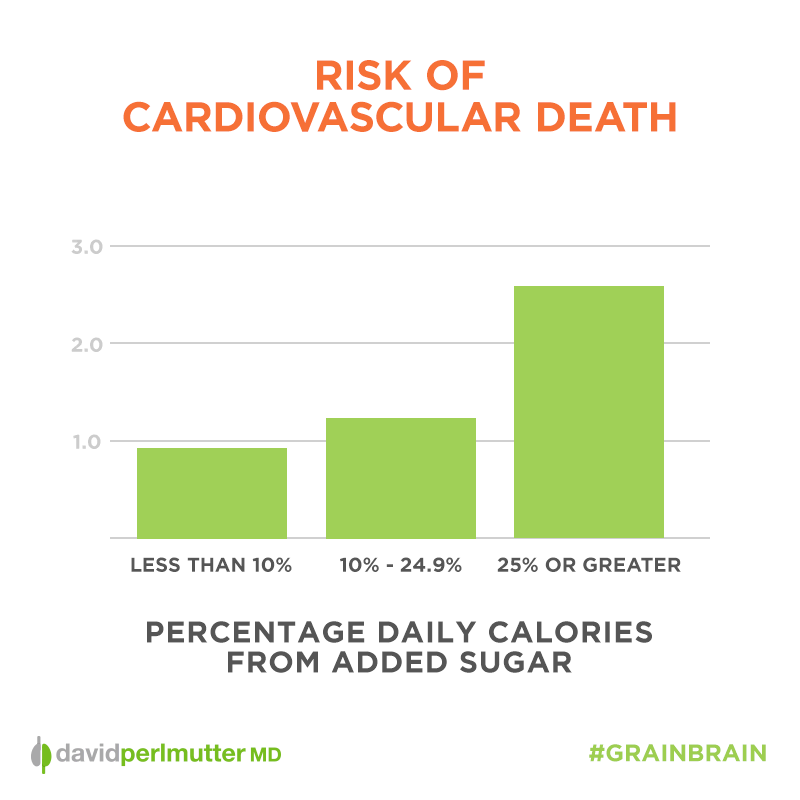 In summarizing the findings of this study that included more than 30,000 participants, the authors concluded, “Most US adults consume more added sugar than is recommended for a healthy diet. We observed a significant relationship between added sugar consumption and increased risk for CVD mortality.”

These results are extremely impactful and correlate perfectly with the central thesis of Grain Brain as well as earlier publications describing increased risk for dementia in those individuals favoring a high carbohydrate diet.

One bit of encouraging news from the study is that it looks like people are finally embracing the message that sugar and carbs are indeed toxic to humans in so many ways. They actually demonstrated that the trend of ever increasing sugar consumption in America has finally been reversed. 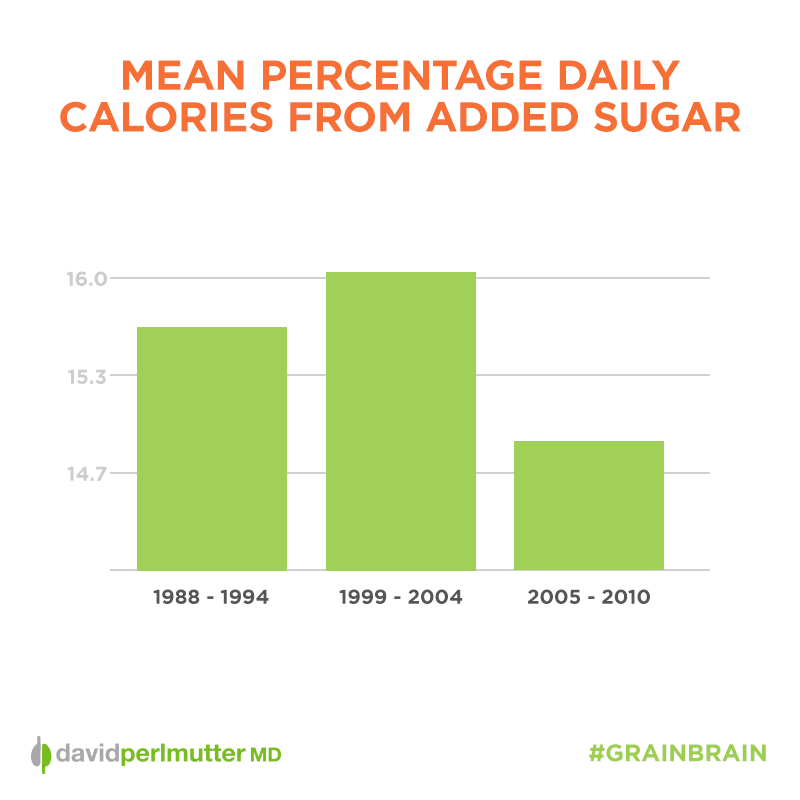