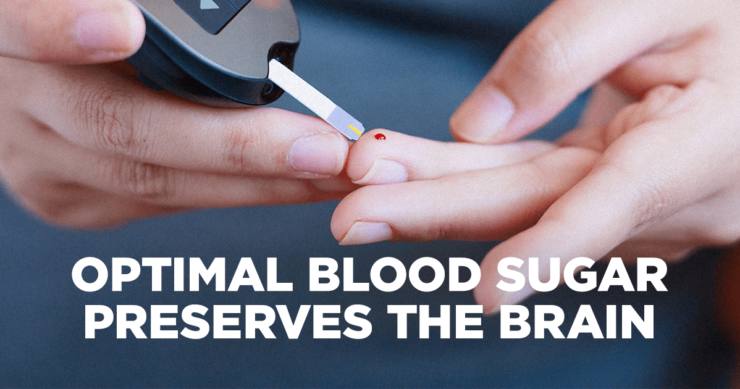 It’s quite likely that very few people wouldn’t want to do everything they could to preserve the integrity and functionality of their brains. As it turns out, we, each and every one of us, have a lot to say about how our brains change over time.

We certainly don’t need to be reminded that persistent head trauma can pave the way for brain degeneration as we have seen with professional football players and others involved in contact sports. Further, there has been a lot written about the value of exercise in terms of a brain preservation program. Sleep, both its duration as well as its quality, has also gotten some of the spotlight as of late as we have begun to recognize how, during deep sleep, our brains are actually quite active in terms of ridding themselves of potentially damaging accumulations of various types of chemicals and debris.

But without question, one of the most important variables over which we have significant control that plays such an important role in charting our brain’s destiny is the level of glucose in our bloodstream. In a research paper published in the journal Neurology entitled Higher Normal Fasting Plasma Glucose is Associated with Hippocampal Atrophy, researchers set about to determine the dynamics of the relationship between blood sugar and shrinkage of two important parts of the brain. The researchers engaged this research based upon the substantial evidence that already existed demonstrating a very important relationship between having type 2 diabetes and shrinkage of the brain, cognitive impairment, and even full-blown dementia.

But interestingly and importantly, they wanted to determine if there was a relationship between blood sugar, even below the range of diabetes, and shrinkage of the hippocampus, an area involved in memory, as well as in the amygdala, an area involved in things like emotion regulation and decision-making.

The researchers studied 266 individuals, aged 60 to 64 years, none of whom had any cognitive issues or diabetes. At the beginning of the study they had a measurement of their fasting sugar (glucose) as well as a sophisticated MRI scan of the brain that measured the volume of both the hippocampus and the amygdala. The studies were performed again four years later and the results were analyzed.

What these researchers found was indeed profound. There was a direct relationship between the original level of blood sugar and the degree of shrinkage of the brain, specifically in the areas described above. They were able to attribute 6% – 10% of the volume change noted in these important brain regions to blood sugar levels, even after controlling for things like age, gender, BMI, blood pressure, and alcohol and smoking.

In their conclusion, in discussing the fact that even at so-called “normal” blood sugar levels, like less than 110 mg/dl, there was still greater atrophy of these important brain structures in relationship to blood sugar. As the authors stated:

These findings suggest that even in the subclinical range and in the absence of diabetes, monitoring and management of plasma glucose levels could have an impact on cerebral health. If replicated, this finding may contribute to a reevaluation of the concept of normal blood glucose levels and the definition of diabetes.

The important message of this research, adding to so many others that have been evaluating this relationship, is that having a blood sugar even in the “normal range” isn’t good enough as it relates to the brain. The authors of this study made it quite clear that we should strive for being in the lower aspects of the “normal range” if we want to meaningfully improve our chances for cognitive preservation. That said, perhaps it’s time to abandon the whole notion of “normal” and begin talking about what is optimal.