PCOS and The Role of Uric Acid - David Perlmutter, MD

PCOS and The Role of Uric Acid 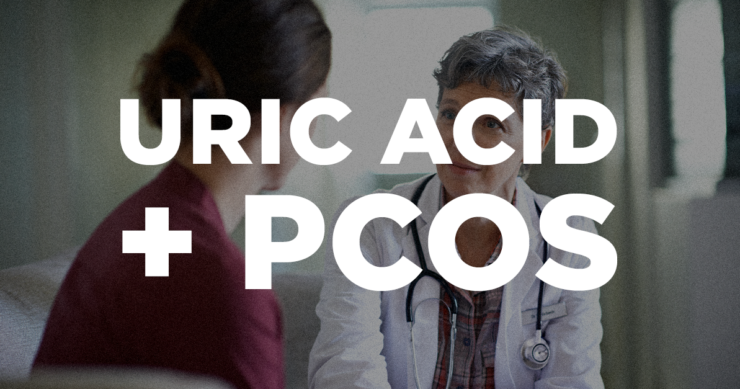 Polycystic ovarian syndrome (PCOS), despite its name, is fundamentally an endocrine and metabolic disorder affecting 4-18% of reproductive-age females in America.

PCOS is characterized by:

To make the clinical diagnosis of PCOS requires only two of the above criteria. It’s very important to recognize this syndrome, and the earlier the better, because there the variety of complications associated with PCOS include:

While each of these complications is important, I’d like to focus on the metabolic issues that so frequently manifest in women with PCOS including the elevated blood sugar, weight gain, and hypertension.

As many of you may be aware, we now recognize that uric acid, the end product of the metabolism of fructose, alcohol, and purines, serves as a central player in these metabolic issues. This makes it reasonable to wonder if uric acid is elevated in PCOS and whether it is playing a role in the common metabolic issues associated with this condition.

To explore these ideas, researchers publishing in the journal, Reproductive Biology and Endocrinology evaluated a group of 1,183 women with PCOS as well as 10,772 women without this diagnosis. Various measurements were made including blood pressure, reproductive hormone levels, glucose lipids, body mass index (BMI) and, uric acid levels.

Their findings are intriguing. Hyperuricemia, meaning high uric acid, was seen in 8.7% of the women without PCOS while in the PCOS patients, elevated uric acid was observed in over 25%. These differences persisted even when correcting for age and BMI!

Another interesting finding was that there was a strong relationship between the testosterone level (typically elevated in PCOS) and the uric acid level.

The authors of this study stated:

“…our findings confirmed that the serum uric acid level and the prevalence of hyperuricemia markedly increased in women with PCOS independent of age and BMI.”

In their discussion, the researchers speculate that perhaps the various changes in reproductive hormones that are seen in PCOS may have a bearing on uric acid metabolism and that this may explain why it is elevated. But I would take this relationship further and consider that the elevation of uric acid associated with PCOS may well be playing an important role, as we have now seen in so many other clinical situations, in the actual causation of the various metabolic issues that challenge these women. As such, research designed to specifically target uric acid levels while monitoring various metabolic parameters like blood pressure, insulin sensitivity and BMI could pave the way for an important new therapeutic intervention for this common condition.

Meanwhile, we know that various lifestyle choices like dramatically decreasing fructose consumption, limiting alcohol to only wine, reducing purine consumption, and perhaps even adding quercetin a naturally occurring bioflavonoid, 500 mg daily along with 500mg of vitamin C, may well have a dramatic effect in terms of lowering uric acid and could well improve some of the PCOS associated metabolic problems.