PCOS - Focus on Cause Not Just Symptoms - David Perlmutter M.D.

PCOS – Focus on Cause Not Just Symptoms 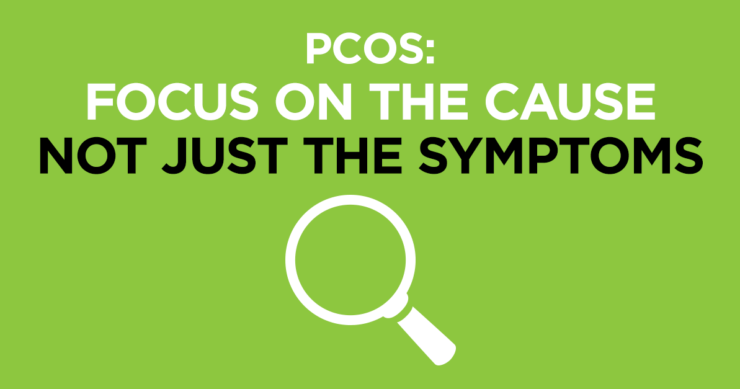 PCOS, or polycystic ovary syndrome, is becoming increasingly common. The syndrome is characterized by a multitude of factures, including irregular or total loss of menstrual periods, heavy periods, acne, increased facial hair, ovarian cysts and metabolic issues related to insulin sensitivity and blood sugar regulation. It is the most common endocrine disorder of women in America, and affects an incredible 5% to 10% of women between ages 18-44.

Interestingly, as we move forward in our understanding of PCOS, it appears that, despite the name, ovarian cysts are certainly not required to make the diagnosis. That is to say that the cysts are a consequence of the underlying disease process, not the fundamental player.

What PCOS represents is primarily a metabolic disorder closely akin to type 2 diabetes in which the body becomes resistant to the effects of the hormone insulin.

For those of you following my blogs, you’ll recognize that this issue with insulin seems to be a recurrent theme related to brain disorders, immune issues, and now PCOS, an ever more common situation with women that is described as having “no cure.”

Many of the manifestations of PCOS, like the acne and increased facial hair, as well as the menstrual changes, are a consequence of higher levels of male related hormones called androgens. As such, pharmaceutical intervention for PCOS often involves hormone therapy designed to re-establish balance between so called male and female hormones. In addition, the diabetes medicine metformin is frequently used to help regulate blood sugar.

And as it is with the more than 26 million diabetics in America, the first choice in PCOS, as it relates to elevated blood sugar and loss of insulin sensitivity, focuses on drug intervention and not lifestyle manifestation. But please recognize that the metabolic issue related to elevated insulin is absolutely a central issue in PCOS, not something that just appears along with the rest of the symptoms.

It turns out that the elevated level of insulin actually has a direct effect when it comes to the primary hormonal issues of PCOS. As described in this report from the Medical College of Virginia, elevated insulin stimulates the ovaries to increase their production of androgens, upsetting the male/female ratio of hormones and leading to the many downstream manifestations of PCOS.

With this understanding of the central role of insulin elevation in terms of directing the rest of the symptoms of PCOS, it truly shines a light to the importance of lifestyle issues that are directed at not only the treatment of type 2 diabetes, but perhaps even more importantly, its prevention.

The diet of Americans is anything but ideal. And as it relates to young women at risk for PCOS, the profound exposure of young women to sugars and carbohydrate rich foods, because of their role in increasing insulin, is clearly related to tipping their hormonal balance in favor of masculinizing androgen hormones, a fundamental feature of PCOS.

I believe PCOS is a preventable situation with diet and lifestyle well-deserving of our attention. As is so often the case in Western medicine, the focus seems to be on fixing problems with drugs long after the cow has already left the barn. We need to focus on keeping the barn door closed in the first place, a metaphor for changing our focus to prevention, as opposed to treating issues once they have arisen.

In upcoming blogs I will explore other ideas now emerging that may relate to PCOS including environmental toxins as well as changes in the microbiome. So stay tuned.