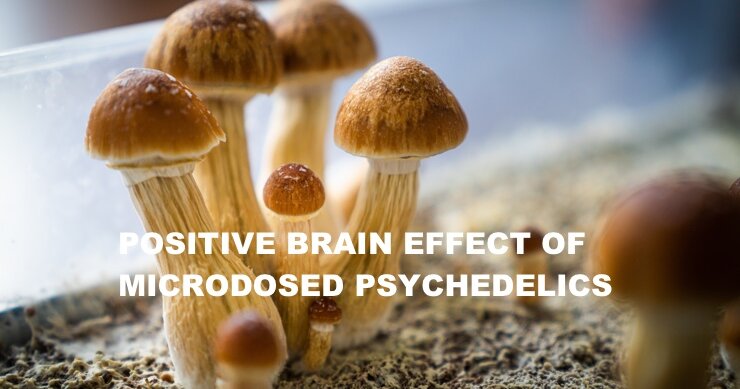 We are seeing a lot of research in recent years looking at the therapeutic potential of natural psychedelic medicines. The reality is that this research has been going on since the early 1960s. And with the “war on drugs” declared in the 1970s, efforts (successful) were made to compromise the ability of research scientists to explore how psychedelics might prove helpful in various clinical situations.

In a new study, published in the highly prestigious journal, Nature, researchers set out to explore how psilocybin, a natural hallucinogen, might be helpful for mood, mental health, and psychomotor functionality. Importantly, the dosage of psilocybin was far below the level that would induce a hallucinogenic experience. Administration of psilocybin at this level has been given the term “microdosing.”

In fact, the dosage of this mushroom derived medication was small enough as to have no impact on regular functioning. And in addition to the psilocybin, the subjects were given vitamin B3 (niacin) as well as another mushroom, Hericium erinaceus, commonly know as lion’s mane.

The microdosers (953 subjects) were compared to 180 matched individuals (non-microdosers), and the intervention spanned one month.

At the conclusion of the study, compared to the non-microdosers, those who took the microdoses of psilocybin, along with the other two components, demonstrated measurable improvements in mood in general, and depression and anxiety, specifically. Psychomotor function was also noted to be improved in the microdosers relative to the controls.

To be clear, this is not the first study to demonstrate a significant positive impact of microdosed psilocybin on depression. What is unique here is that this study challenged the longstanding premise of having only one variable. In this case, three different interventions were used, the psilocybin, lion’s mane and the niacin. I suspect in the future there will be efforts directed at trying to tease out what parts of these results may be attributable to each component. But, for now, is that really necessary? In fact, subsequent with this publication, I met with two of its authors, Dr. Pamela Kryskow and Paul Stamets. They made it quite clear that they were not only comfortable with challenging the long-held idea that interventional studies needed to have only one variable, but that multiple variables, as characterized this study, not only offered up the opportunity to demonstrate even better efficacy, but that the results they are now getting supported them in pursuing this approach to science. I agreed with them.

In further discussions with Dr. Kryskow about why vitamin B3 was included, she explained that B3 has the ability to improve blood flow in the brain, and as such, might help with the results. I indicated that another consideration with respect to niacin is that it contributes to the formation of NAD+, which aids in mitochondrial function. This is important as we are now seeing evidence that problems with mitochondrial function may play a role in mental illness.

For now, their research showed some great results. We can work out the details moving forward.