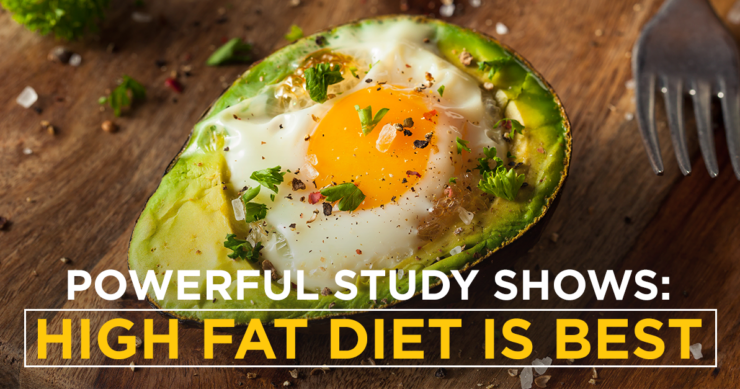 It’s hard to imagine that manufacturers of processed foods continue to think it’s a good idea to put the term “low-fat” on their labels to enhance sales. Maybe it is a good idea from a sales perspective because so many people still buy into the notion that a low fat diet is a good idea. But that is absolutely in direct contradiction with current science.

In a new study just published in the highly regarded journal Lancet, researchers from multiple highly-regarded institutions around the world studied an incredibly large number of individuals ages 35 to 70 year (135,335), from 18 countries, over an average of 7.4 years. They carried out very specific assessments of the foods that these individuals ate and evaluated their food choices in terms of macronutrient composition (carbohydrates, protein, and fat), and specifically broke the fat consumption down to evaluate saturated fat, monounsaturated fat, and polyunsaturated fats. Further, they compared the diets to the risk of various endpoints including death, major cardiovascular event, stroke, and heart failure.

What the researchers discovered in this extensive study was really quite compelling. They noted that higher carbohydrate consumption, comparing the highest consumers of carbohydrate to the lowest consumers of carbohydrate, was associated with risk of death increased by 28%. Amount of total fat, as well as each type of fat, was also dramatically associated with risk for death. Those consuming the highest level of total fat had a reduced risk of death during the study of 23%. Risk for death was reduced by 14% in those consuming the highest levels of saturated fat while it was reduced by 19% in those consuming high levels of mono-unsaturated fat, and an incredible 20% in those who consumed the highest level of polyunsaturated fat. Higher consumption of the dreaded saturated fat was also associated with a lower risk of stroke – comparing those who consumed the most with those who consumed the least, by 20%. The authors concluded:

“High carbohydrate intake was associated with higher risk of total mortality, whereas total fat and individual types of fat are related with lower total mortality. Total fat and types of fat are not associated with cardiovascular disease, myocardial infarction, or cardiovascular disease mortality, Whereas saturated fat had an inverse association with stroke. Global dietary guidelines should be reconsidered in light of these findings.”

Global dietary guidelines should be reconsidered in light of these findings. That is an incredibly powerful statement based upon a powerfully robust, comprehensive, and well-conducted study. Now we continue to hear recommendations that we should be on a low-fat diet, as somehow the notion that dietary fat is bad for our health has been ingrained in the conversation. Let’s be clear, that is in no way what our most well-respected literature is telling us, and like these authors have stated, the time to reconsider global dietary guidelines is today!