Prenatal Probiotics – Paving the Way for a Healthy Baby 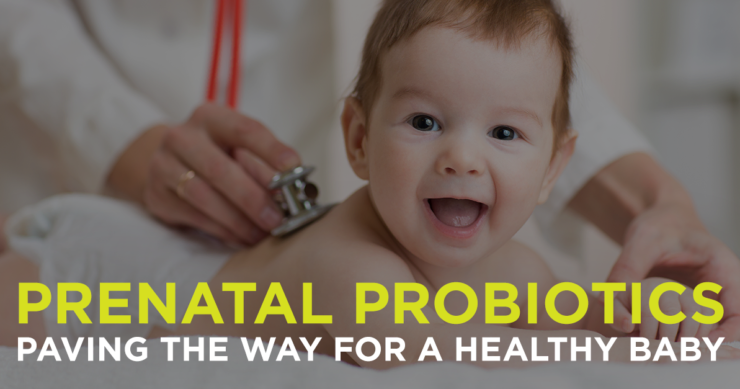 Eczema is becoming a fairly common problem in young children. This condition is characterized by frequent outbreaks of reddened, inflamed skin with significant itching. But beyond the discomfort, it is now recognized that when children are diagnosed with eczema, they have a much greater risk of other immune issues, like persistent inflammation of the nose and eyes, as well as full-blown asthma.

It’s now become clear that the level of inflammation in the human body is determined, to a significant degree, but the health and diversity of the bacteria living in the gut. In fact, an astounding 70% of the immune cells in our bodies are clustered around the intestines!

So it’s no surprise that researchers have begun looking at  ways to modify the gut bacteria in children in hopes of balancing inflammation and the immune system, specifically as this relates to eczema.

Scientists in Finland recently tried to determine if probiotics, given to pregnant women, might reduce the chance of their babies developing eczema. Women were selected if they themselves had allergies, as this increases the chances that their babies will develop eczema. The study involved several hundred women, half of whom were given a probiotic during their last two months of pregnancy, as well as during the first two months of breastfeeding. The other group received a placebo.

The results of the study were dramatic. The risk of developing eczema in the probiotic group was an astounding 70% lower than the placebo group, with the authors concluding:

Maternal probiotic supplementation during the last 2 months of pregnancy and the first 2 months of breastfeeding significantly reduced the risk of developing eczema in high-risk infants in this study. Note that the probiotics were administered exclusively to the mothers, whereas the infants did not receive probiotics.

This is exciting news. Simply modifying the mother’s gut bacteria with the use of prenatal and postnatal probiotics imparted profound protection on the newborn, in terms of a healthy immune system. These findings, as well as others now being reported, are opening the door for us to embrace the value of probiotic supplementation during pregnancy, as well as during breastfeeding, not just for a healthy mother, but for baby’s health as well.