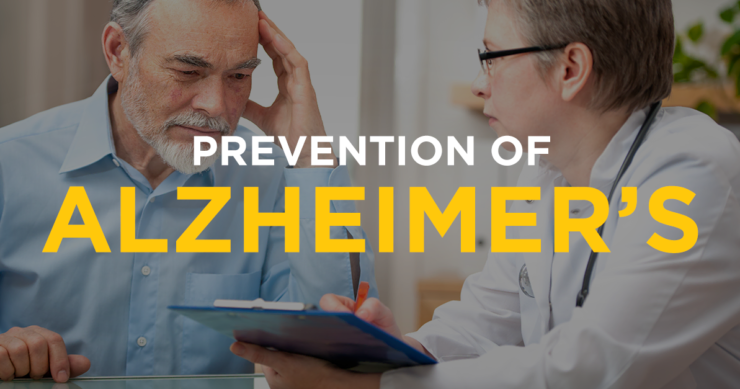 There’s so much in the news these days calling attention to the fact that diabetes is associated with a profoundly increased risk for developing Alzheimer’s disease. In fact, just watch my recent interview with Dr. Melissa Schilling on the subject.

But there’s an important point that is absolutely critical to understand. While it seems like a good idea for diabetic patients to take medication to control blood sugar, the research seems to indicate that diabetics taking these drugs do not improve their situation, in terms of lowering their risk for Alzheimer’s.

To be clear, I am not saying that diabetics shouldn’t take their blood sugar medications. But I am saying that this looks like this one very important issue, your risk of developing Alzheimer’s, is not improved by medications designed to help normalize blood sugar.

Researchers, publishing in the journal PLOS ONE, followed more than 70,000 newly diagnosed adult diabetic patients over an 11-year span. Risk of developing Alzheimer’s, a disease for which there is no meaningful treatment, was increased by 76% in the diabetics compared to age-matched, non-diabetic controls.

More to the point of my report, the authors found that the risk was not reduced when the subjects took medications for their diabetes, stating:

The present study demonstrates an association between DM (diabetes mellitus) and future development of AD (Alzheimer’s disease), suggesting that DM could play an important role in determining future risk of AD occurrence. However, we found that use of hypoglycemic agents (diabetes medications) had no beneficial effects for preventing development of AD. Further therapeutic strategies should be investigated for the prevention of AD, such as preventing DM or improving DM treatment.

Their last sentence is profound. They are clearly calling attention to the need to prevent diabetes as a way of preventing Alzheimer’s.

The study revealed that female gender was also associated with increased risk of Alzheimer’s, to the tune of about 24%. Of course, you can’t choose your birth gender. On the other hand, your lifestyle choices play a major role in determining whether you will join the ranks of Americans with diabetes, thus I applaud these researchers for their emphasis on prevention.

Alzheimer’s is preventable, to a large degree, by favoring a diet that keeps blood sugar in check. That’s the message from Dr. Georgia Ede in a terrific piece just published in Psychology Today. What the Harvard-trained Dr. Ede has described follows, to the letter, the carb-lowering, sugar-eliminating, and fat-supportive recommendations that are central to Grain Brain.

When Grain Brain was first published, the notion of food choices affecting brain health was greeted with a healthy degree of skepticism. After all, that was way back in 2013 when people pretty much lived their lives as they chose, hoping that medical science would soon develop magic cures for their various health issues.

Now, 27 languages later, our recommendations are seeing welcomed validation with more and more research supporting prevention as our most important goal, and I’m happy to report that The Grain Brain Whole Life Plan takes this goal to a new level by emphasizing how to incorporate this exciting research into your day-to-day lifestyle decisions in a way that will pave the way for health.

New Medication Associated with a 50% Risk Reduction for Dementia!
Support for Weight Training in Your Brain Program
Positive Brain Effects of Microdosed Psychedelics