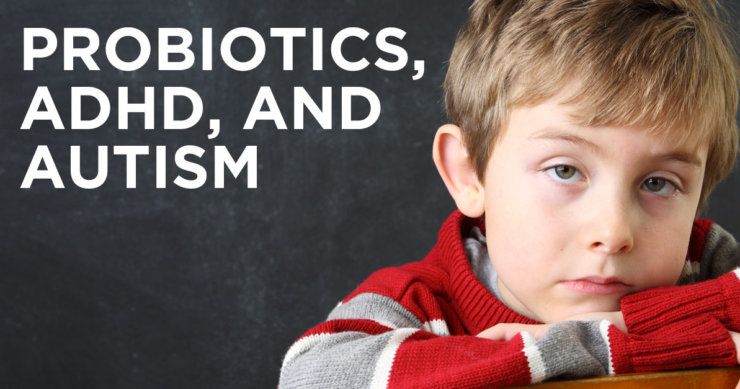 Right now in America more than 6 million children carry a diagnosis of ADHD. I think it is fair to say that autism has become an epidemic when you consider that, today, as many as 1 in 40 male births will ultimately be diagnosed as being on the autism spectrum.

So aside from hoping that effective treatments will be developed, there’s no question that we have to wonder what may be causing these issues, and if that can be determined, what can be done to fix the problem. One thing that has been clearly supported in research is a relationship between what goes on in the gut and the development of neuropsychiatric disorders like these mentioned here. Bowel issues are common in ADHD and are seen almost universally in autistic children.

Certainly, front and center in research these days is the understanding that the gut bacteria, part of the human microbiome, plays a huge role in terms of brain health and function. As such, researchers in Finland decided to explore the possibility that changing the microbiome might be associated with a reduced risk for both ADHD and autism.

Their study, published just last month in the journal Pediatric Research, evaluated 75 infants who were randomized to either receive a specific probiotic, Lactobacillus rhamnosus, or a placebo during the first six months of life. The study then followed these kids for the next 13 years.

At age 13 years, ADHD, or autistic spectrum, was diagnosed in 17.1% of the children in the placebo group and none in the group receiving the probiotic.

The conclusion of the study humbly stated:

This is quite a study. The researchers were able to demonstrate that just receiving one specific species of a probiotic virtually eliminated the development of either ADHD or autistic spectrum in those children receiving this intervention. I would agree that further study is necessary, but even this preliminary study demonstrates the profound potential moving forward for actual medical utilization of a probiotic regimen to prevent a brain disorder.

Keep in mind that this study was begun 14 years ago at time when researchers were just beginning to get a taste of the importance of gut bacteria as they relate to the brain.