The Process of Neuroplasticity and Making New Connections

The Process of Neuroplasticity 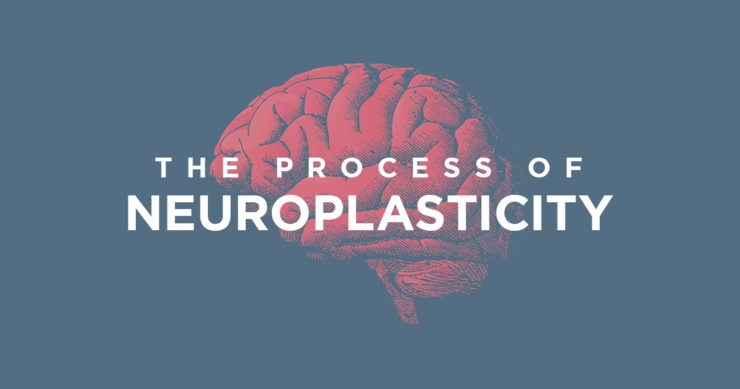 Q: What is neuroplasticity and how does it work?

I posted an answer to this question over on IntegrativePractitioner. What follows are snippets from that article. For the whole article see: Making New Connections: The Gift of Neuroplasticity.

The ability of the brain to change and reorganize itself and its function is called neuroplasticity. Neuroplasticity provides us with a brain that can adapt not only to changes inflicted by damage, but more importantly, allows adaptation to any and all experiences and changes we may encounter, freeing us from merely responding reflexively as a consequence of genetically determined hardwiring. Harvard Medical School’s Dr. Alvaro Pascual-Leone recently stated that neuroplasticity “… is an intrinsic property of the human brain and represents evolution’s invention to enable the nervous system to escape the restrictions of its own genome and thus adapt to environmental pressures, physiological changes, and experiences.”

How does neuroplasticity come about? While the individual working unit of the brain is the single neuron, even simple tasks require the recruitment of vast numbers of interconnected neurons functioning as a unit or network devoted to accomplishing even the simplest activity. The neural network represents a specific unique pattern of connections of neurons that fire in a specified sequence that allows you to accomplish such tasks as snapping your fingers, or recalling the lyrics to Hey Jude. And neuroplasticity, the ability of the brain to adapt and change, is predicated on the modification of existing neural networks and the creation of new ones.

Though the precise biochemical changes that take place when neurons connect to form these networks is quite complex, there is general agreement among researchers that BDNF (brain-derived neurotrophic factor), BDNF, creates the fertile ground for this union to take place, helping transform a mere embrace of two neurons into an eternal dance. Thus, BDNF is now looked upon as playing a pivotal role in neuroplasticity. Modifiable behaviors which upregulate BDNF transcription include physical exercise, the omega-3 fatty acid DHA, and caloric restrictions.

But it takes more than simple repetition of a stimulation or activity to create the brain connections that lead to the formation of neural networks.