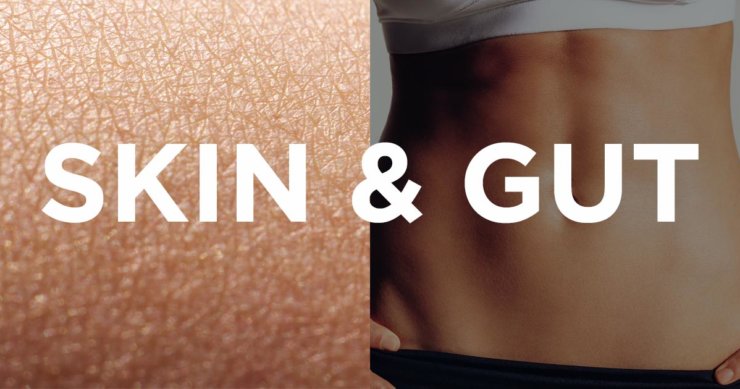 Modern medicine is clearly vested in what I like to call the Las Vegas mentality. We’ve all heard that “what happens in Vegas stays in Vegas,” and it seems that, as it relates to medicine today, we still tend to look at illness as being uniquely related to the body system that is affected. For example, autism is thought to represent a brain disorder having to do with the development and functionality of that organ. This is despite the ever-increasing research that demonstrates significant gut abnormalities associated with this disorder. Further, a recent study has shown that giving children with asthma increased amounts of dietary fiber leads to significant improvement. This study clearly challenges the notion that asthma is specifically a lung related disorder.

Psoriasis is a skin disorder and has been described as the most common autoimmune condition in the United States. It is thought that as many as 7.5 million Americans suffer from this condition with more than 120 million people worldwide having this disease.

By and large, because psoriasis is a condition that affects the skin, the therapies that have traditionally been employed have been topical, meaning they’ve been applied to the area affected. However, newer treatments are targeting the immune system as it is recognized that psoriasis is a manifestation of overactivity of the immune system, as is seen in other autoimmune conditions like Type I diabetes, rheumatoid arthritis, and multiple sclerosis. The consequence of the immune system issues in these diseases? Inflammation.

But the question that must be asked centers on the actual cause of the enhanced immune activity in these, and other, autoimmune conditions, rather than simply focusing on turning down the immune system.

Compelling new research from Spain demonstrates that the answer to this question may, in fact, lie within the gut. These researchers have demonstrated higher levels of a specific chemical, LPS, in the blood of patients with psoriasis who also have metabolic syndrome, an ever increasing situation here in America characterized by excess body fat, high blood sugar, elevated blood pressure, etc.

LPS happens to be a chemical that makes up part of the cell membrane of a large number of bacteria that live within the gut. Finding elevated LPS levels in the bloodstream is an indication of two things. First, it means that the gut has become permeable or leaky, which has allowed the LPS to get into the bloodstream. Second, it means that the process of inflammation has been enhanced as LPS acts as a powerful switch, turning on the inflammatory cascade.

What I found most compelling about the study was the fact that even when the skin condition improved using phototherapy, again a treatment based exclusively on dealing with the skin, the elevation of the LPS did not change. What this means is that the phototherapy was basically treating the smoke while the fire was being ignored. The fire is the inflammatory cascade brought on by this LPS chemical that leeches its way into the bloodstream because the gut is permeable.

So, you might then ask, what causes the gut to become permeable in the first place? Several important factors should be considered to answer this question. First and foremost, understand that it is the role of various probiotic bacteria to maintain the integrity of the gut lining. When the balance of bacteria within the gut is threatened by such things as overuse of antibiotics, or even dietary choices, the ability of the good bacteria to maintain the gut wall lining is challenged. In addition, it is known that gliadin, a protein found in gluten, may also threaten the integrity of the gut lining.

So this is an interesting research study that again helps us broaden our perspective in terms of a disease process. There’s a clear relationship between this skin disorder and events going on in the gut. Once again, this is more evidence that clearly defines the important role of our gut bacteria in maintaining health.