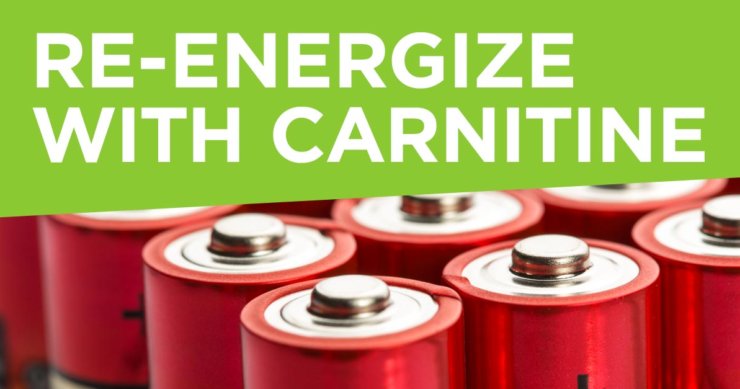 As we age, it’s almost expected that we will experience greater levels of physical fatigue, mental fatigue, muscular wasting, and even cognitive impairment. So what can be done? No doubt there is clear merit to the recommendations to stay both mentally engaged and physically active, and there is excellent scientific research to support these recommendations.

Much research is carried out in the area of the nutritional supplementation as it relates to these factors of aging. Certainly one of the most attractive nutritional supplements is carnitine as it is fundamentally important in the transport of fatty acid fuels to the energy producing parts of the cell called the mitochondria. So for energy production in, for example, muscles and in the brain, carnitine is a fundamental player. The bottom line is, whatever can be done to enhance mitochondrial function may very well enhance various performance parameters as we age.

In a study published in the American Journal of Clinical Nutrition, researchers needed to identify individuals who were likely to be suffering from the effects of aging, including those issues described above. So they decided to look at a group of 66 individuals who were at least 100 years of age. The study, which was placebo-controlled and double blinded, had a control group receiving a placebo pill while the treatment group received carnitine, a nutritional supplement, 2 g daily.

This study looked at such things as muscle mass, performance on a cognitive assessment, as well as physical endurance as assessed by walking. The subjects were all evaluated at the beginning of the study and then reassessed six months later.

Perhaps most impressive was the improvement of the mini mental status examination (MMSE) score, a standardized test of cognitive function commonly used by neurologists. No changes were observed the group receiving the placebo whereas the score increased by an astounding 4.1 points on this 30 point scale, in the group taking the carnitine supplement.

So much depends upon mitochondrial function in terms of brain and body function. Carnitine plays a central role in how our cells, including brain cells, utilize fuel to create energy, and well designed research demonstrates significant improvements in a variety of energy dependent issues like muscle function, heart function, and as we see here, brain function as well.

While we don’t yet have anything pharmaceutical approach that can achieve this goal, it’s nice to know that there is such high-level scientific validation of a non-pharmaceutical nutritional supplement.