Reduce Inflammation to Protect Your Brain 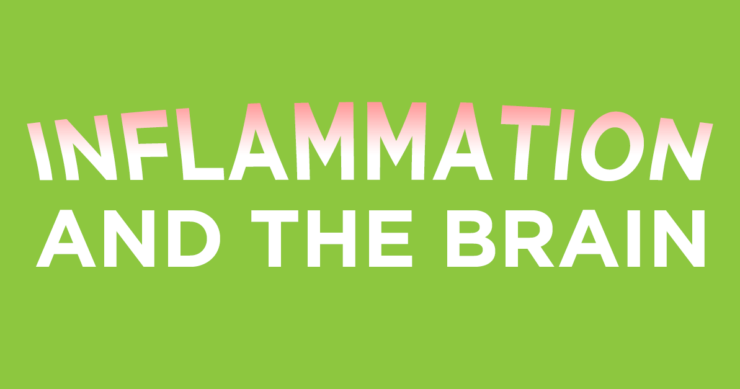 The past several books that I have published have focused on the important role of inflammation as relates to the brain. Making the connection, for example, between inflammation and a disease like multiple sclerosis, it certainly something many people don’t have much of a problem understanding, since anti-inflammatory drugs are often used to treat this disorder. On the other hand, it seems a bit more of a stretch to connect the process of inflammation with such diseases as Parkinson’s and Alzheimer’s. And yet, this process, inflammation, is a cornerstone mechanism related to progressive destruction that occurs in the brain as we age, as well as Alzheimer’s disease.

By and large, as we age, the levels of inflammatory chemicals within the body increase. And it is specifically these inflammatory chemicals that are both correlated with the rate at which the brain degenerates, as well as the degree of cognitive impairment that we may experience during the aging process. In this report, published in the journal Therapeutic Advances in Chronic Disease, Yale researchers described in great detail the mechanisms relating inflammation to progressive damage in the brain as well as what happens to the brain’s performance during this process. In addition they speculate as to how this understanding of brain degeneration might relate to further therapeutic interventions.

What we do understand today is at least one very important mechanism that relates lifestyle choices to inflammation and therefore to brain inflammation specifically, and cognitive decline. Much research has focused on the important role of elevated blood sugar as it relates to this process. Simply stated, even mild elevations of blood sugar over time increase the ability of blood sugar to bind to proteins, in a process called glycation. When a protein becomes glycated, again as a consequence of persistent blood sugar elevation, it dramatically increases the production in the body of inflammatory chemicals, and as such is directly relates to brain decline.

So the focus of this report really brings to our attention the fundamental role of inflammation in brain degeneration. That said, one of the most critical lifestyle changes you can make today to reduce inflammation is to make dietary changes that reduce blood sugar, leading to reduction of glycation, which will pave the way for better brain health, functionality and resistance to age-related decline.