Reducing Risk for Diabetes with Exercise 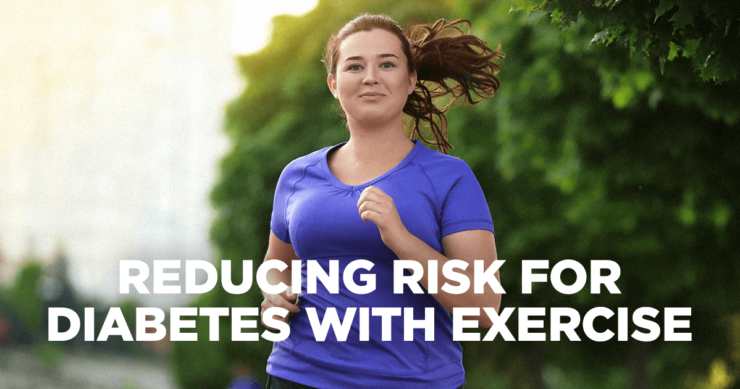 While there has been so much attention as of late focused on infectious diseases, there is another epidemic that may have even wider implications—type 2 diabetes. In and of itself, diabetes is a significant life-threatening condition. In addition, it is strongly associated with other important and potentially life-threatening diseases like Alzheimer’s, stroke, kidney disease, coronary artery disease, and even cancer.

According to CDC data from 2018, some 34.2 million Americans, or 10.5% of our population, have diabetes. The percentage of adults with this diagnosis increased with age, affecting more than 25% of those aged 65 years or older. And clearly, the data indicates that these numbers are progressively worsening with time.

Though it may be uncomfortable, it is important to embrace the notion that type 2 diabetes is generally considered a consequence of lifestyle choices. Diet certainly plays a very important role in regulating blood sugar, but other issues like sleep quality and quantity, and exercise, are also very important. Yes, there is a genetic component in terms of risk, but by and large this is a consequence of the various choices people make that have a bearing on their health.

So much has been written recently regarding diet and blood sugar control. A diet that is extremely low in refined carbohydrates and sugars, even to the extent of producing ketosis, is an extremely effective approach to lowering blood sugar, and has certainly been popularized.

But it’s also important to call out the relationship of a sedentary lifestyle to diabetes because this opens the door to understanding the relationship between exercise and healthy blood sugar levels.

In their conclusion, the authors of this report stated:

Typically, here in America, the approach to diabetes is to simply chase the blood sugar with medication. While controlling blood sugar is important, it does not absolve the diabetic’s risk for other conditions, described above. This is a disease that may very well be prevented in the first place, and this is a point that must absolutely be emphasized. As the authors quoted above made very clear, a lifestyle that includes regular exercise seems to go a long way towards reducing risk for this epidemic condition.