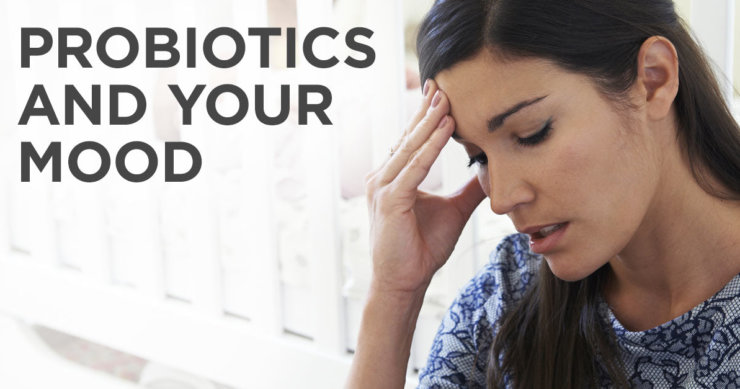 In a new study published in the peer-reviewed journal, Brain, Behavior and Immunity, researchers in the Netherlands explored the idea that changing the array of gut bacteria by giving a multispecies probiotic supplement could have an effect on mood. The study provided the probiotic for a 4-week period to 20 healthy individuals, none of whom had a mood disorder. A similar group of 20 individuals received a placebo over the same period. At the conclusion of the study, both groups underwent an evaluation to determine their reactivity in terms of cognitive function to sad mood. This is a fairly standard research tool that assesses depression.

The researchers demonstrated a significant reduction in the degree change in terms of cognitive reactivity to sad mood in the group receiving the probiotic in comparison to placebo:

And the authors concluded:

The exact mechanisms that relate improvement in mood to the consumption of probiotics were not specifically presented in this data. But what we do know is that the gut bacteria regulate several factors that do influence our state of mind. First, the microbiota living within the intestines play a large role in creating the various neurotransmitters that have a significant effect on mood, and these include chemicals like serotonin and dopamine. Second, the gut bacteria regulate the level of inflammation throughout the body and including the brain. The chemical messengers of this process, cytokines, are known to be significantly involved in mood and how we perceive the world around us.

But what is unique about this research is that it is interventional. This means that rather than observing how differences in gut bacteria may relate to mood, this research actually made a change in the array of organisms living within the test subjects and then observed the changes in mood as described above. As such, probiotic intervention could be looked upon as representing an actual medical treatment. We might soon be giving bacteria to treat mood disorders!