I’m often asked about the potential health risks posed by “silver fillings.” In answering, my first response is to rephrase the question. I offer up a kind correction by calling these tooth restorations “mercury fillings” since mercury is the largest component of these fillings and represents about 50% of the components.

The reason people ask about mercury fillings stems from a concern about the role of the mercury in terms of raising blood levels of this incredibly toxic substance. The issue is often even more confusing as people are often led to believe that somehow when the fillings are created, the mercury is “locked up” and doesn’t pose a threat.

Well, let’s take a look at the science as it relates to this very important question. Researchers at the University of Iowa measured blood mercury levels in people with mercury fillings and found that there was a direct correlation between the number of mercury filling surfaces and blood levels of mercury as seen below. 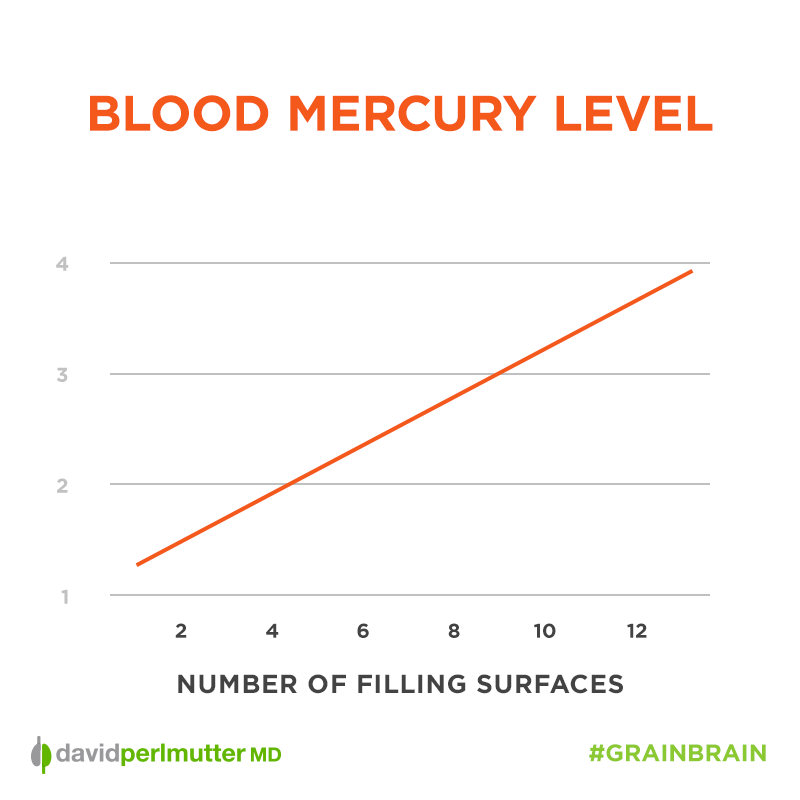 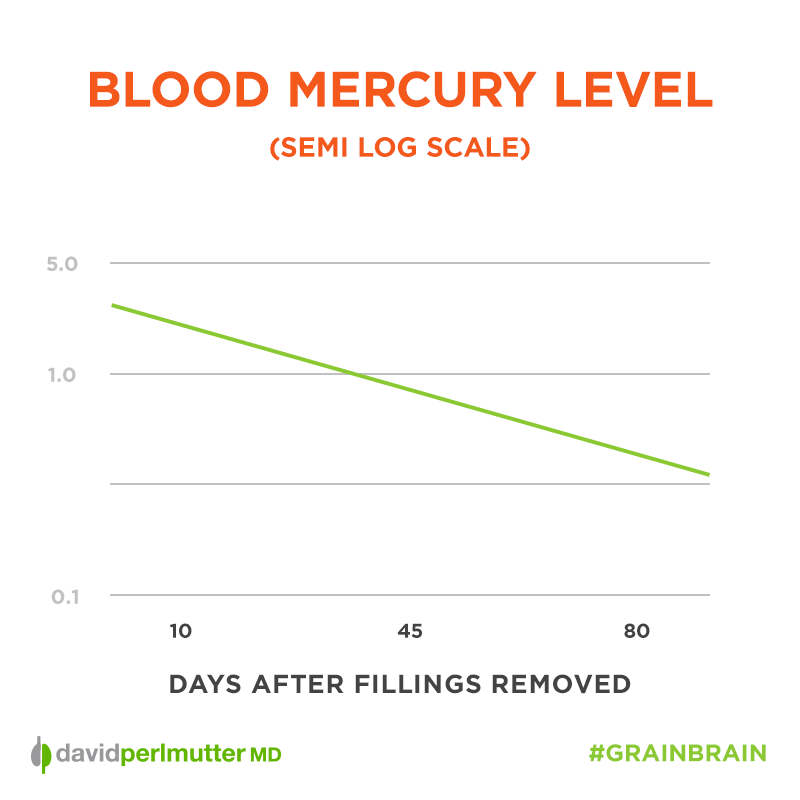 Mercury is a powerful toxin in human physiology, particularly as it relates to the nervous system. While it is true that eating mercury-containing fish correlates with a significantly higher level of mercury exposure in comparison to mercury fillings, the notion that these fillings are safe and not worthy of concern needs to be reevaluated. All levels of mercury exposure are potentially dangerous.

So what should you use instead? I recommend speaking with a mercury free dentist and discuss the idea of using a BPA-free composite.