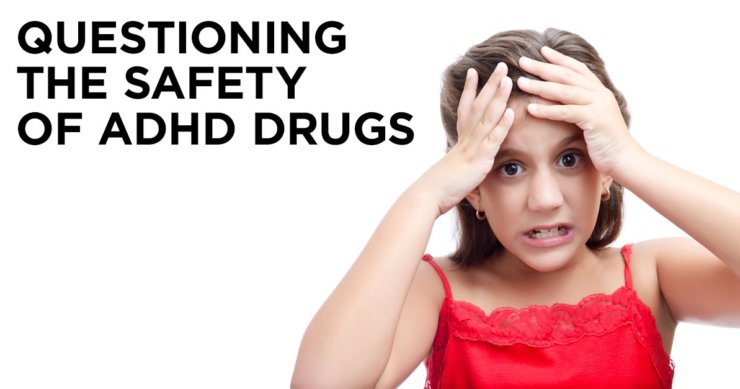 Currently in America about 6.5 million children have been given the diagnosis of attention-deficit hyperactivity disorder (ADHD) for which pharmacotherapy is the mainstay of treatment. In fact, about two thirds of those children with this diagnosis are currently taking medication.

Obviously, parents who ultimately choose to medicate their children assume that prior to allowing these medications to become available for prescription they have been studied extensively. After all, parents should certainly have a high level of confidence in the safety of these drugs.

But in this study published by researchers from Boston Children’s Hospital, the Department of Pediatrics at Harvard Medical School, and several other institutions raises some important concerns about how these drugs were tested to validate their safety. The study, published in the journal, PLOS ONE in July of this year looked at all currently available ADHD medications that are approved by the Food and Drug Administration (FDA), and specifically evaluated the clinical trials performed by the sponsor that the FDA used to evaluate each drug’s efficacy as well as safety.

The study identified 32 clinical trials that were conducted that paved the way for approval of 20 ADHD medications. Here’s what they found:

These highly respected researchers have revealed some very disturbing information indeed. More than half of the studies involved less than 100 participants, yet this is the data that is currently used to justify treating 4.6 million children. These are medications that are used for years and years by children, no doubt because their parents believe that these medications have been studied at great length to prove their long-term safety, and yet the median length of time ADHD drugs were studied was just four weeks.

Clinical trials conducted for the approval of many ADHD drugs have not been designed to assess rare adverse events or long-term safety and efficacy. While post-marketing studies can fill in some of the gaps, better assurance is needed that the proper trials are conducted either before or after a new medication is approved.

Again, these are highly respected researchers representing some of the most well respected medical institutions on the planet and they are raising the flag of concern with reference to the medications currently being given to 4.6 million American children. I really want you to take a moment and actually read the study because beyond advertising what really matters most in terms of making decisions with reference to medications is the hard-core science.

We’ve got to pay attention to the role of lifestyle factors, like diet, as it relates to ADHD and as I have recently described. It certainly seems reasonable to at least consider dietary changes prior to engaging medications that have been studied on only a tiny population for an incredibly brief period of time.