The Secrets Revealed by Teeth 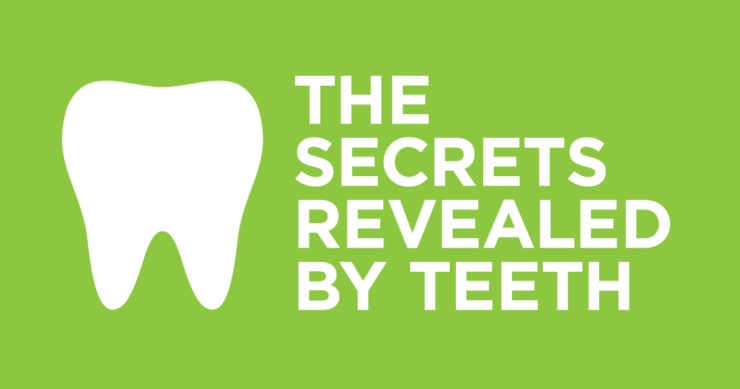 So much is now being written that connects many of our modern day health issues with changes in the microbiome, the hundred trillion organisms that live within us. Indeed, this was the impetus behind the human microbiome project that began in 2008.

What scientific research has clearly identified is a dramatic shift in the makeup of the population of gut bacteria living within individuals who reside in Western cosmopolitan situations, in comparison to people living in more rural environments. In addition, more recent research has revealed that the bacterial populations living within the gut of individuals from non-urbanized areas, with less emphasis on sanitation, much more closely emulate the good bacteria of our ancestors.

Now, you might wonder how we could possibly know what the gut bacteria were like in our distant relatives. As it turns out, scientific research has developed techniques that can actually fully characterize the gut bacteria from humans living thousands of years ago. Though it may sound somewhat distasteful, researchers are able to analyze the genetic signature of bacteria in fossilized human fecal material called coprolites.

Even more intriguing is new research that actually uses the dental calculus from ancient humans to characterize the state of their microbiome. In a recently published study from researchers at the University Oklahoma, entitled “Ancient Human Microbiomes“,  researchers described this fascinating technology. Further, they raised the question as to what specifically defines a “normal” microbiome, and framed this question with the notion that changes in food dramatically impact the gut bacteria, stating:

Although considerable effort has been invested in characterizing healthy gut and oral microbiomes, recent investigations of rural, non-Western populations have raised questions about whether the microbiota we currently define as normal have been shaped by recent influences of modern Western diet, hygiene, antibiotic exposure, and lifestyle. The process of industrialization has dramatically reduced our direct interaction with natural environments and fundamentally altered our relationship with food and food production. Situated at the entry point of our food, and the locus of food digestion, the human oral and gut microbiomes have evolved under conditions of regular exposure to a diverse range of environmental and zoonotic microbes that are no longer present in today’s globalized food chain. Additionally, the foods themselves have changed from the wild natural products consumed by our hunter-gatherer ancestors to today’s urban supermarkets stocked with an abundance of highly processed Western foodstuffs containing artificially enriched levels of sugar, oil, and salt, not to mention antimicrobial preservatives, petroleum-based colorants, and numerous other artificial ingredients.

The authors then explain the implications of the changes in the microbiome in terms of the role of gut bacteria in various aspects of human physiology including digestion, vitamin production, and energy liberation. To this list we can also add immune function, and regulation of inflammation.

These are fundamental processes that, when functioning appropriately, pave the way for good health. However, with disturbances of balance related to gut bacteria, our health is threatened. And it is this relationship that serves to underpin the explosive amount of research now being generated that correlates changes in the gut bacteria to such disease conditions as coronary artery disease, type II diabetes, autism, neurodegenerative conditions, mood disorders, inflammatory conditions, autoimmune disorders, and even cancer.

Exploring the microbiome of our ancestors using this novel technology is clearly going to provide us with very valuable information. Genetically, we have changed very little in tens of thousands of years. But when you understand that 99% of the genetic material in human body is bacterial, and not the 23,000 genes that we inherited from mom and dad, it tends to reframe our understanding of the role of our bacterial symbionts in terms of who we are. As we have changed our environment, including our food choices and exposure to medications like antibiotics, we have impacted the health and diversity of our microbiome. As the authors stated:

There can be no doubt that modern behavior and dietary changes are altering the microbial ecology of humans. While some of these changes could be beneficial, others are disruptive and may be a driving force behind the rapidly increasing rates of chronic inflammatory diseases in developed countries. Common medical interventions, such as antibiotic therapy, have dramatically reduced infectious disease burdens worldwide. However, rather than being targeted strikes against harmful bacteria alone, such therapies can also act as weapons of mass microbial disruption.

Clearly, important migratory and technological events in our past have had a dramatic impact on who we are, far beyond our day-to-day health. But researchers, like this group from the University of Oklahoma, are now looking at these events from the perspective of the microbiome. As the authors concluded:

Our goal now should be to discover if and how each of these pivotal moments in human history and prehistory reflect moments where our relationship with microbes was changed. Fortuitously, substrates such as dental calculus appear to preserve well and are nearly as ubiquitous as the skeletal material itself, with globally diverse distributions through time. There is now a wealth of ancient human microbiome information available to us, which is providing a more complete picture of human biology and evolution. The future for ancient microbiome research is very bright indeed.