Something You Should Buy for Better Brain Energetics - David Perlmutter M.D.

Something You Should Buy for Better Brain Energetics 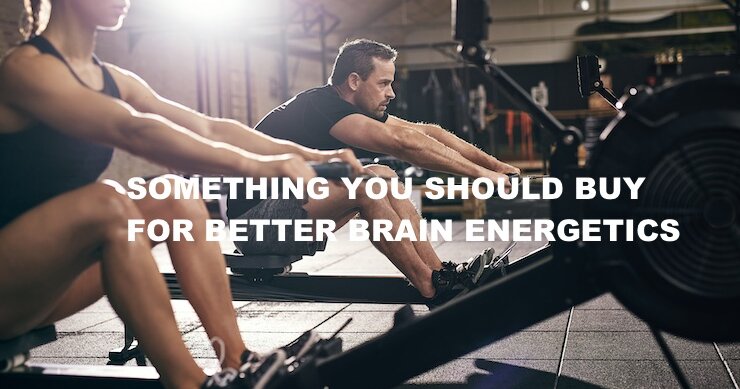 The human brain, despite only representing 5% of total body weight, consumes an astounding 25% of the body‘s energy at rest. And by and large, the energy that powers the brain is derived from the sugar glucose. We make glucose available for the brain through the foods that we consume, the breakdown of glycogen in our bodies, and also through a process whereby we are actually able to manufacture glucose in the liver.

Regardless of where glucose comes from, it requires the appropriate function of an important chemical in order to be utilized by the brain. That is the job of insulin. Yes, insulin acts as an important hormone in the brain to nurture the brain cells, but in addition, and importantly, many areas of the brain require insulin functionality in order to be able utilize glucose as an energy source.

For insulin to work effectively in the brain and frankly elsewhere in the body, the cells that utilize glucose need to be sensitive and responsive to insulin. When cells begin to lose their ability to respond to insulin, we call this insulin resistance. And insulin resistance is the important first steppingstone on the way to type-2 diabetes. And as an aside, having type-2 diabetes is associated with an increased risk for Alzheimer’s disease by as much as four-fold.

So much has been said and written about the role of insulin and glucose in terms of powering the brain such that that we now talk about the “bioenergetic” theory of Alzheimer’s disease that points to the important role of compromised energy production in brain cells as it relates to brain degeneration.

As we recognize how important insulin sensitivity is, the question then is how can it be preserved and could it even be improved? If so, this would have significant implications in terms of brain health, functionality, and resistance to degeneration. And if you were to design a study, likely you would focus on those who are at most risk for insulin resistance, meaning adults who are sedentary and overweight. And this is the exact population that was the subject of a recent study conducted in Germany. In their report, they justified their research by stating:

“Insulin resistance of the brain can unfavorably affect long-term weight maintenance and body fat distribution. Little is known if and how brain insulin sensitivity can be restored in humans. We aimed to evaluate the effects of an exercise intervention on insulin sensitivity of the brain and how this relates to exercise-induced changes in whole-body metabolism and behavior.”

The design of the study evaluated 21 individuals who were overweight or obese over an eight-week period of time. They were placed in a supervised aerobic training program and their brains were evaluated using functional MRI with the administration of insulin in the nose at the beginning of the study and again at the end to assist in determining insulin sensitivity.

The results were profound. The exercise program demonstrated a remarkable improvement in insulin sensitivity virtually across-the-board. Hippocampal function, so important for memory, was improved. And importantly, the brain’s energy producers, the mitochondria improved in terms of their function along with reductions in body fat, reduced hunger, and yes, improved cognition.

This is a powerful finding. Targeting brain energetics to improve insulin sensitivity using exercise as an intervention provided these remarkable results described above. There is so much more to be gained by exercise including increased production of brain derived neurotrophic factor, (BDNF) which stimulates the growth of new brain cells and helps brain cells connect to each other. Now, as expected, we see powerful results showing that exercise improves the function of mitochondria as well as how various important brain regions are able to respond to insulin in order to foster better energetics.

The take-home message here is there is something to buy. Likely for many people it will be a new pair of sneakers.

6 Ways to Build Connection Into Your Day
“Actually, he may have a point.”
Seeking Wisdom: Henry David Thoreau