Something to Think About the Next Time You Shampoo Your Pet

Something to Think About the Next Time You Shampoo Your Pet 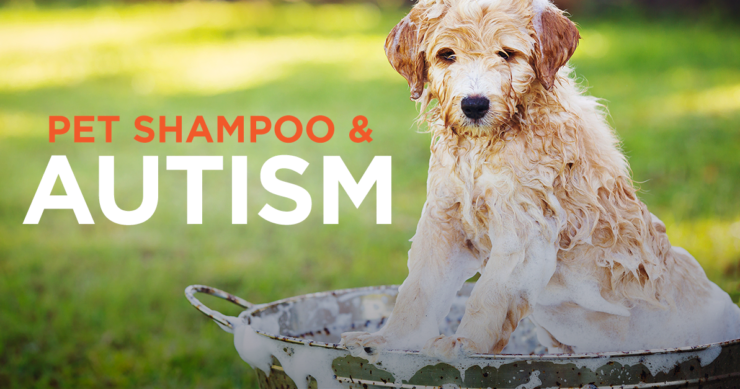 Allow me to paint a mental picture for you. It’s a beautiful spring day, and a handsome young couple is outside, laughing and smiling, garden hose in hand while they bathe their golden retriever. If you look closely, you might notice that the woman is actually pregnant. What an idyllic scene!

But new research challenges the benignity of the event just described. Unbeknownst to our happy couple, the product the mother-to-be is shampooing her dog in is actually creating a situation that is far from the care-free, happy portrayal we’d like to embrace.

Researchers at the UC-Davis have evaluated the possible relationship between exposure to anti-flea/anti-tick pet shampoos during pregnancy and risk for autism.

The children’s mothers were interviewed for 90 to 100 minutes, and during this interview they were asked about household usage of pest control products, weed control products, insecticide sprays, and pet shampoos, from a period of 3 months prior to conception to when the child was 1 year old. This is known as the exposure time.

Among the many findings of this study, one of the most compelling was the fact that mothers of children with autism spectrum disorder were twice as likely to report having shampooed their pets with anti-flea/anti-tick shampoo during the exposure time, in comparison to mothers of normally developing children. Statistical analysis revealed that the active ingredient that correlated with these findings was pyrithrin, which has been on the market for the past 20 years.

We don’t know the actual cause of autism, but we do note with great concern that its incidence is rising, dramatically. Prevalence of autism, according to the CDC, is now estimated at one in 68 births with more than 3.5 million Americans living with an autism spectrum disorder. Since 2000, the prevalence of autism in the United States, in just children, has increased almost 120%, and this incidence continues to grow.

There is no specific treatment for autism. Yet, we are now seeing more and more information that makes it clear that lifestyle choices may be playing a significant role in determining risk for this disorder. It is for this reason that I continue to present this information to anyone who will listen.