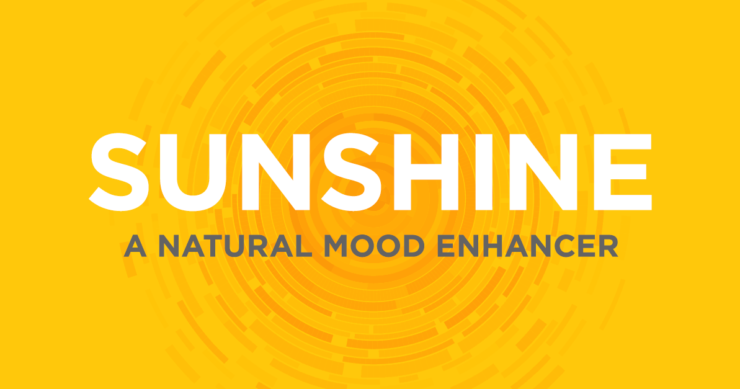 Are you feeling down or blue? If you are then one thing’s for sure: you’ve likely encountered any number of natural products being promoted for their potential ability to benefit and improve your mood. Everything from B vitamins to fish oil to 5-HTP have been studied and written about in terms of their potential role in not only combating depression, but actually making us feel generally happier.

But there may very well be a far simpler approach that doesn’t require actually taking any supplement at all. Basically, it involves the “radical” protocol of getting outside and going into nature. In fact, in addition to improving mood, nature exposure has been demonstrated to have a wide ranging impact on health including:

And we actually focus on how these powerful health benefits, especially as they relate to the brain and mood, in our upcoming book, Brain Wash.

There are a number of pathways by which nature exposure may positively influence mood. One fascinating line of study relates vitamin D to the production of the neurotransmitter serotonin. In research published in 2015, Dr. Rhonda Patrick proposed a mechanism in which vitamin D plays a critical role in the brain synthesis of serotonin. This study also highlighted the role of marine omega-3 fatty acids in brain serotonin activity. As Dr. Patrick explained, deficiency of vitamin D, a fairly common situation in Americans, might well relate to compromise of the brain’s ability to produce serotonin, and, as such, may underlie depression.

It should come as no surprise that when we are outside and exposed to sunlight, our bodies are making vitamin D. As we’ve now learned, this may well enhance our ability to produce the feel-good neurotransmitter serotonin.

Currently, the most widely prescribed antidepressant medications ostensibly work by allowing for increased brain serotonin. While these drugs are not thought to increase the production of serotonin, they may increase the overall levels of this neurotransmitter by reducing the rate at which it is degraded in the brain. But importantly, and unlike getting outside for a little sunshine, these so-called SSRI antidepressants have been associated, quite commonly, with side effects. As indicated on Medscape discussing SSRIs:

To be sure, it is not appropriate to compare the efficacy of nature exposure directly to that of medications. Nonetheless, if we are to make recommendations based on the notion of above all do no harm, it seems reasonable to consider getting out in the sunshine as a first step to improving your mood.