Taking Control of the “Alzheimer’s Gene” 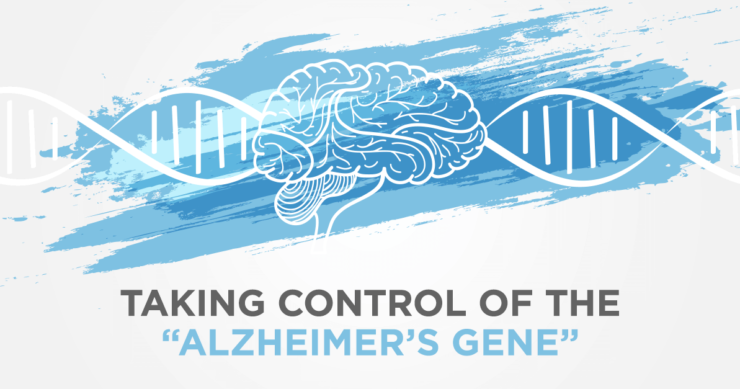 Alzheimer’s disease, now affecting about 5 ½ million Americans, is a disease for which we have no meaningful treatment whatsoever. That said, it certainly makes sense to look at various factors that contribute to the risk for this disease.

It is clear that risk for Alzheimer’s disease is significantly higher if a parent was diagnosed. In other words, it does appear that there is a fairly significant genetic component that plays into who does or who does not get this disease. Carrying, for example, the APOE4 allele is clearly associated with increased Alzheimer’s risk. Having one copy of this allele increases one’s risk 2-to-4-fold, while having two copies is associated with as much as a 12-fold increase in risk for developing Alzheimer’s.

We cannot change the genes that we inherit. We can however, as it relates to Alzheimer’s disease, make important lifestyle choices that can offset the genetic risk imparted by our inheritance.

In a new study, published in the March 27, 2018 issue of Neurology, researchers looked at two important factors that are known to be related to the accumulation of a particular protein in the brain, amyloid, that is associated with Alzheimer’s risk. Carrying the APOE4 gene is one of them, as it is known that individuals who do carry this allele have increased accumulation of amyloid protein in their brains, which is associated with increased Alzheimer’s risk. In addition, they looked at insulin resistance (IR), which is a marker of a person’s ability, or lack thereof, to deal with blood sugar effectively. Higher levels of IR are seen in both pre-diabetes, and a full-blown type II diabetic as well.

The original measurements here were taken in the year 2000. More recently, 15 years after the initial blood evaluation, the 60 people in this study underwent a special brain scan to evaluate the level of amyloid protein that had accumulated in their brains. These subjects also underwent genetic testing to see if they did or didn’t carry the so-called “Alzheimer’s gene,” meaning the APOE4 allele.

The findings of this study are vitally important. Let’s take a look at the results in graphic form: 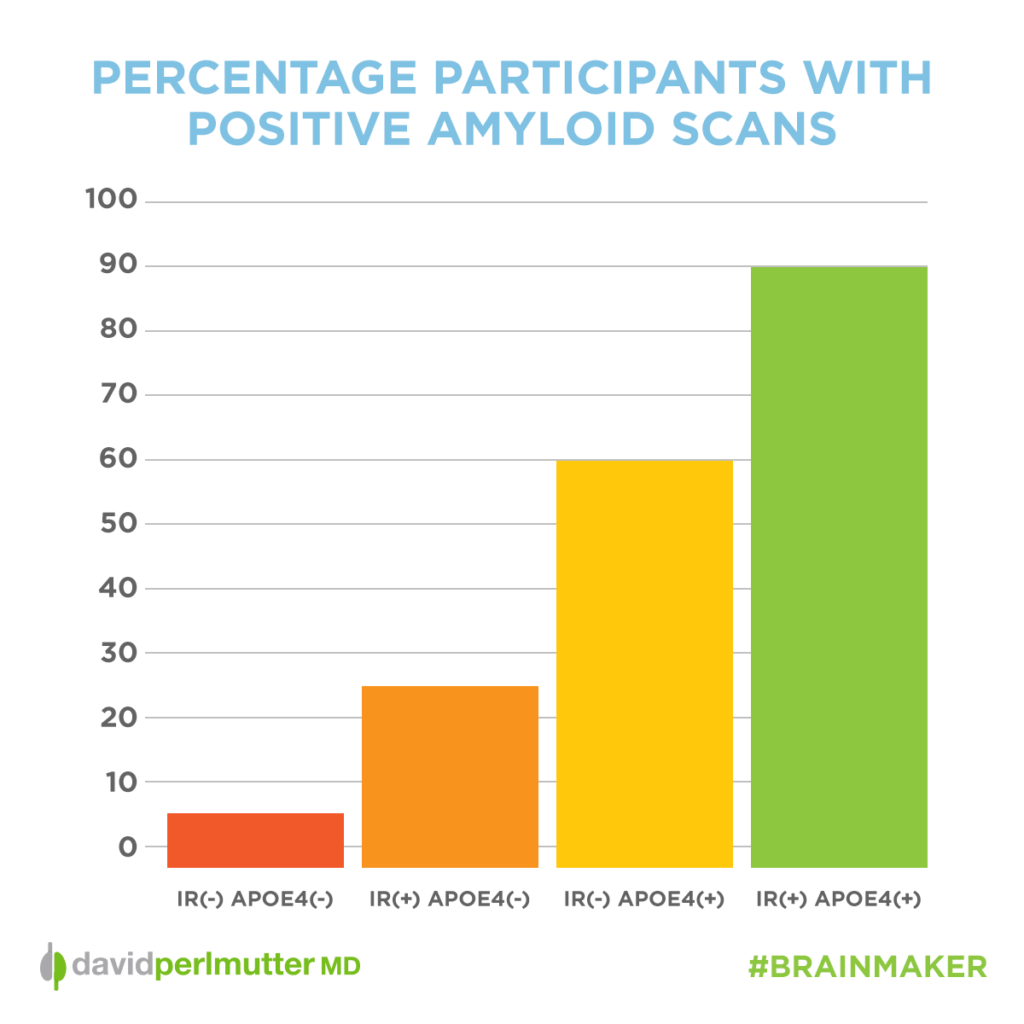 The important point here is that while you cannot change whether you do or don’t carry the so-called “Alzheimer’s gene,” you absolutely have control over your level of insulin resistance. As you see in the graph this variable, again that you control, plays a significant role in determining whether or not you are likely to accumulate amyloid protein in your brain.

These results are truly compelling. This is a powerful demonstration that insulin resistance, a marker over which we exert significant control, relates to risk for amyloid accumulation in the brain.

Our dietary choices are absolutely key players in determining our level of insulin resistance. A diet that has higher levels of fat and dramatically lower levels of carbohydrate has been demonstrated to significantly reduce insulin resistance, as was recently described by Dr. Sarah Hallberg (watch video here).

That said, these findings allow us to connect the dots between a diet higher in healthful fat, lower in carbohydrate, lower levels of insulin resistance, lower levels of accumulation of amyloid protein in the brain, and as such, a reduced risk for development of Alzheimer’s disease.

This is extremely important information, especially in a world that would have you believe that you can live your life however you choose and that a magic bullet to treat your ailments is just around the corner. At least as it relates to Alzheimer’s disease, there is no magic bullet. And yet, the data seems quite clear that a simple lifestyle choice may well reduce the risk for this devastating condition.