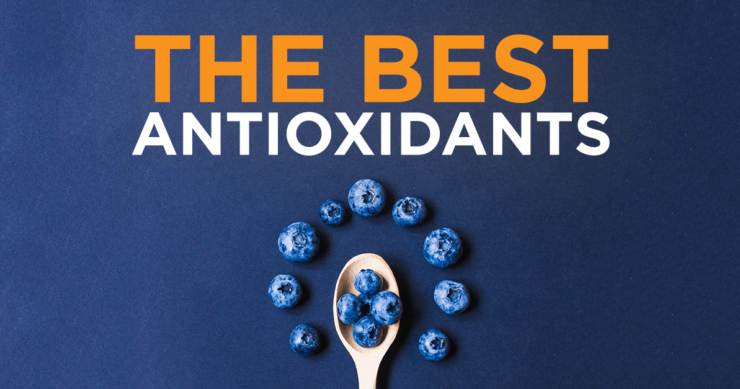 Turn on the television, open a magazine or listen to the radio, and in short order you will no doubt be exposed to an advertisement extolling the virtues of some newly discovered exotic fruit juice that has the highest antioxidant content on the face of the Earth. You may wonder—why all the hype? What is the benefit of an antioxidant? Antioxidants are chemicals that break down or neutralize the damaging effects of free radicals—chemicals produced as a byproduct of normal cellular metabolism. Under normal circumstances, there is a balance between the rate at which free radicals are produced and the rate at which they are eliminated by the action of antioxidants. Free radicals are destructive in that they cause oxidative damage to tissues, essentially causing tissues to rust like pieces of iron left outside in the weather. They damage proteins, fat and even our DNA.

In fact, damage to our tissues by free radicals is thought to underlie the process of aging, a theory first described by biogerontologist Denham Harmon in his “free radical theory of aging” proposed in 1956. Indeed, Harmon laid the groundwork for the whole antioxidant industry when he demonstrated that free radicals are “quenched” by antioxidants. The human brain is at particularly high risk for damage by free radicals because of its high degree of metabolism compared to other tissues, while lacking the levels of antioxidant protection found elsewhere in the body. Excessive free radical damage is now thought to be a pivotal player not only in brain aging but in degenerative conditions like Alzheimer’s disease as well.Researchers are seeking better antioxidants to protect the brain to stave off disease and perhaps enhance function as well. When a person begins to have one too many “senior moments,” clinicians may apply a more scientific term: mild cognitive impairment, or MCI. Clearly there’s a lot of interest in studying this phenomenon not only because of the loss of brain function that it implies, but because it generally presages Alzheimer’s disease.

The relationship between MCI and free radicals was well described in a report from neuropathologist William Markesbery of the University of Kentucky, published in the journal Archives of Neurology. In this report, Markesbery demonstrated that early on as cognitive function begins to decline, markers for free radical mediated damage correlate directly with the degree of mental impairment. He stated:

These studies establish [free radical mediated] damage as an early event in the pathogenesis of Alzheimer’s disease that can serve as a therapeutic target to slow the progression or perhaps the onset of the disease.

What a concept – targeting free radicals in an attempt to prevent Alzheimer’s disease! So if in fact our brain tissue is being assaulted by free radicals does it make sense to load up with antioxidants? To answer the question, consider the fact that your brain contains about 10 billion cells, each of which generates thousands of free radicals daily. So one might ask, how effectively would, say, a vitamin E capsule or a glass of some exotic juice perform when confronted by this onslaught of free radicals?

Common antioxidants work by sacrificing themselves when confronted by free radicals. Thus, one molecule of vitamin C is destroyed when neutralizing one free radical molecule. This neutralizes the free radical but at the cost of the molecule of vitamin C. Can you imagine how much vitamin C or other oral antioxidant it would take to neutralize the astronomical number of free radicals generated by the body on a daily basis? Fortunately, human physiology has developed its own biochemistry to deal with the free radical fire. Far from being entirely dependent on exogenous food sources of antioxidants, our cells have their own innate ability to generate antioxidants upon demand. We now understand that specific signals received by our DNA can actually turn on the production of protective antioxidants and that this innate antioxidant system is far more powerful than any nutritional supplement claiming to be “the best antioxidant.” Whether it’s the juice of some exotic berry or an extract from a plant recently discovered in the jungle, antioxidant supplements are limited by “one-to-one chemistry.” The golden key to enhancing antioxidant protection lies in our DNA, and we now understand how to activate the switch.

High levels of free radicals turn on specific proteins in the cell’s nucleus called Nrf2. Activation of Nrf2 essentially opens the door for the production of a vast array of our body’s most important antioxidants. It is clear that excessive free radicals induce better antioxidant production through this pathway, but the obvious question is, what else activates Nrf2? It turns out that a variety of foods are powerful activators of the Nrf2 pathway. While not necessarily rich in antioxidants, they directly and dramatically amplify our innate ability to produce vast antioxidant protection by signaling our DNA. In this way, specific molecules from Nrf2 activating foods can trigger the production of thousands of antioxidant molecules, providing far better protection against the brain-damaging effects of free radicals compared to standard antioxidant supplements. Some of nature’s most powerful Nrf2 activators include broccoli, turmeric, green tea, coffee and the now- popular resveratrol, a chemical found in red wine. It is noteworthy that epidemiological studies have shown significantly less risk for Alzheimer’s disease in cultures regularly consuming Nrf2 activators like turmeric and red wine.

Perhaps we should reflect on the words of Hippocrates when he advised, “The natural healing force within each one of us is the greatest force in getting well. Our food should be our medicine. Our medicine should be our food.”