The Microbiome and Cancer 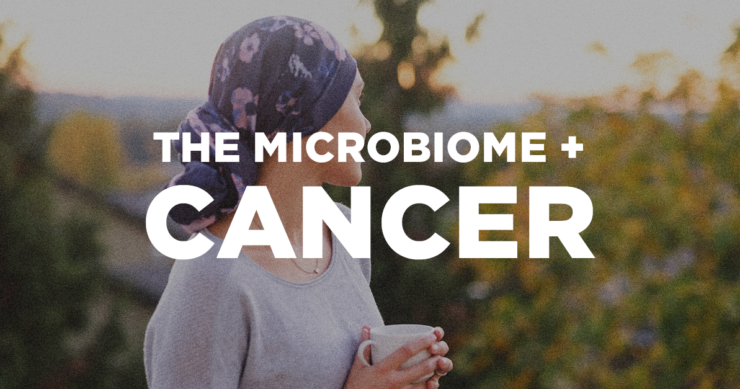 So much has been written over the past two decades about the important role that the gut microbes play in keeping us healthy. Without question, this science continues to challenge us as we learn more and more about the role of the various resident microbes within our bodies as they relate to health and disease resistance.

Now, there is a new frontier in our understanding of our resident microbes, and it deals with cancer. Not only are we recognizing how fundamental our gut bacteria are in terms of our immune function and therefore in terms of cancer risk, the latest research reveals that there are microbes that actually live within cancerous tumors. Frankly, this is astounding as the accepted dogma has always been that cancerous tumors were sterile.

In the Spring 2022 issue of The Scientist exciting research was presented that demonstrated a relationship between microbes and various forms of cancer. Even the treatment of various cancers (like breast cancer, skin cancer, pancreatic cancer, prostate cancer, and even lung cancer, among others) is influenced by various microbes. What we are seeing is that microbes certainly throw a wide net relative to their relationship with cancer.

In a new study, researchers explored the biological function of microbes that live within the cells of cancerous tumors. Interestingly, in their research, they found that depletion of tumor bacteria significantly reduced the tendency of lung cancer to spread to distant areas. The relationship between microbes living within the tumor and a tumor cells themselves seems to have an important role in allowing distant metastasis. In fact, the researchers went so far as to administer various types of bacteria to tumor cells and demonstrated that they were then able to spread more readily.

As the authors of this research stated,

“Our findings suggest that tumor-resident microbiota, albeit at low biomass, play an important role in promoting cancer metastasis, intervention of which might therefore be worth exploring for advancing oncology care.”

This is fascinating science for sure. Microbes are now being explored that have the potential to aid in the diagnosis, prognosis, and response to treatment of various forms of cancer throughout the body.

In fact, recent retrospective studies have demonstrated that taking antibiotics is associated with positive responses to both chemotherapy and immunotherapy in specific cancer types.

But as one might expect, there are now many more questions than answers as it relates to the relationship between microbes and cancer. For example, we don’t how stable the microbiome is within the tumor, nor how the microbes interact with other microbes within the body like the gut microbiome. But at the end of the day, as we have seen over the past two decades, we are humbled as we further unveil the relationship that we have with the countless microbes that live upon us and within us.