The Microbiome – Implications for Global Health, by David Perlmutter MD

The Microbiome – Implications for Global Health 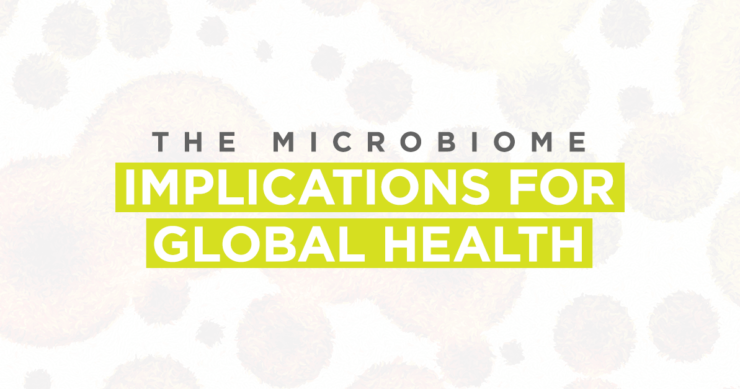 What science has revealed over the past decade about the role our resident microbes play in keeping us healthy has truly been remarkable. It’s now clear that the more than 100 trillion microbes living on and within us are, moment to moment, playing a fundamental role in virtually every system within the human body. Who would have conceived that research would have revealed, for example, that the bacteria living within the colon are helping shape our mood, regulating our appetite, manufacturing health-sustaining vitamins, controlling our immune systems and inflammation, and even influencing the expression of our DNA?

This expanding science is compelling, humbling, and, at the same time, empowering, as we now are beginning to make real inroads into understanding how changes in the microbiome (the collection of the microbes, their genetic material, and the metabolic products they create) affect health, disease resistance and longevity.

It’s certainly clear that so many of our lifestyle choices, including diet, sleep, exercise, nutritional supplements, managing stress, socializing, etc., influence our state of health. And over the years, studies have identified the direct mechanisms whereby these factors influenced health, for better or worse.

These days however, we are seeing a proliferation of research that seeks to explain how these important factors influence health as seen through the lens of the microbiome. So, in a sense, this is a two-step process. Lifestyle choices affect the health of our resident microbes, and they in turn influence our health.

Hippocrates is credited with stating, “All disease begins in the gut.” And while this dictum certainly doesn’t account for things like trauma, as it relates to so many of our modern diseases, it’s well on track. Changes in the gut bacteria are, for example, strongly related to chronic degenerative diseases (think Alzheimer’s disease, osteoporosis, type 2 diabetes, and coronary artery disease), which, as a classification, have been determined by the World Health Organization to represent the number one cause of death on the planet, surpassing infectious diseases, trauma, and even war.

This means that the state of health of the human microbiome is directly involved in the globe’s leading cause of death.

In terms of nurturing the gut bacteria to prevent these ailments, without a doubt the most important consideration is food. Our food choices have an overriding impact on the health, diversity, and productivity of our resident microbes. Unquestionably, the most important task for each of us is to supply our bacteria with prebiotic fiber, the unique type of dietary fiber that is not digested by us humans, but allows our microbes to thrive. Foods rich in this special fiber include dandelion greens, garlic, onions, leeks, chicory root, Jerusalem artichoke, asparagus, and many other fruits and vegetables. Health food stores are helpful for those who may not be eating enough prebiotic-rich foods by supplying effective prebiotic supplements derived from natural sources like acacia gum and baobab fruit.

It’s also important to embrace the fact that so many of our day-to-day choices can seriously threaten the health of the microbiome and, as such, open the door to threatening health issues. For example, French researchers showed a strong relationship between the consumption of artificially-sweetened beverages and risk for developing type-2 diabetes. This massive 2013 study evaluated the diets of close to 70,000 women, following them for 14 years. The scientists discovered that, compared to those not consuming soda, those who drank artificially sweetened beverages had about a 200% increased risk for becoming diabetic, and this result was far higher than the risk for those women drinking the sugar sweetened beverages (34%). [i]

The following year, Israeli researchers went about trying to understand these findings. In their study (Artificial sweeteners induce glucose intolerance by altering the gut microbiota), they demonstrated dramatic changes occurring in the microbiomes of both humans and animals induced by artificial sweeteners along with important metabolic changes specifically related to glucose tolerance, the hallmark of diabetes. Other issues the human subjects experienced included weight gain, increased central obesity, higher fasting blood sugar, as well as elevation of HbA1C, a marker of average blood sugar. Even more intriguing was the researchers’ demonstration that transferring human fecal microbial material to normal laboratory animals almost immediately affected their blood sugars, as is seen in diabetics. The authors concluded:

Artificial sweeteners were extensively introduced into our diets with the intention of reducing caloric intake and normalizing blood glucose levels without compromising the human ‘sweet tooth’. Together with other major shifts that occurred in human nutrition, this increase in (non-caloric sweeteners) consumption coincides with the dramatic increase in the obesity and diabetes epidemics. Our findings suggest that (non-caloric sweeteners) may have directly contributed to enhancing the exact epidemic that they themselves were intended to fight.[ii]

American researchers studied close to 4,000 adult subjects for 9 years and showed a direct dose response relationship between the consumption of diet drinks and obesity. This means that the more diet drinks were consumed, the more weight was gained. [iii]

It’s important to understand the vast implications of these studies. These alterations in the microbiome that enhance metabolic changes affecting things like glucose balance and body fat are of great concern as just these two factors alone have been associated with increased risk for a large list of health issues including cancer, heart disease, osteoporosis, depression, and even Alzheimer’s disease (see further down). So the health implications related to damaging the microbiome with artificial sweeteners go well beyond diabetes.

It’s now clear that dementia, specifically Alzheimer’s dementia. may also share in this relationship. Boston researchers, publishing in the journal Stroke, followed 1,484 elderly individuals for 10 years. Their evaluations included not only frequent testing of their brain function, but also keeping track of their diets as part of the Framingham Heart Study. The results of this enduring project revealed an increased risk for Alzheimer’s disease, nearly 3-fold, in chronic consumers of artificially-sweetened beverages. Interestingly, stroke risk was increased almost as much. Moreover, there was no increased risk of stroke or Alzheimer’s disease in those who consumed sugar-sweetened beverages. In their conclusion, the authors explained their findings by stating:

This is important since diabetes has been associated with as much as a 4-fold increase in risk for the development of Alzheimer’s disease.

Despite great scientific efforts to find treatments for Alzheimer’s disease, only 5 medications are marketed, with limited beneficial effects, on a limited number of patients, without modification of the disease course.[v]

This fact should really encourage us to take a serious look at factors known to be associated with increased risk for this disease. And it seems pretty clear that artificial sweeteners, likely by virtue of their damaging effects on the microbiome, show strong association.

While it’s instructive to explore how dietary choices like the use of artificial sweeteners may connect to risk for serious health issues through their effects on the microbiome, the upside of these findings is that they will undoubtedly spur research that investigates how the microbiome, once damaged, may be restored. This represents a very new playing field for medical researchers that is replete with huge potential, especially as it relates to these compelling chronic degenerative conditions.