The Value of Time Restricting Our Food Consumption

The Value of Time Restricting Our Food Consumption 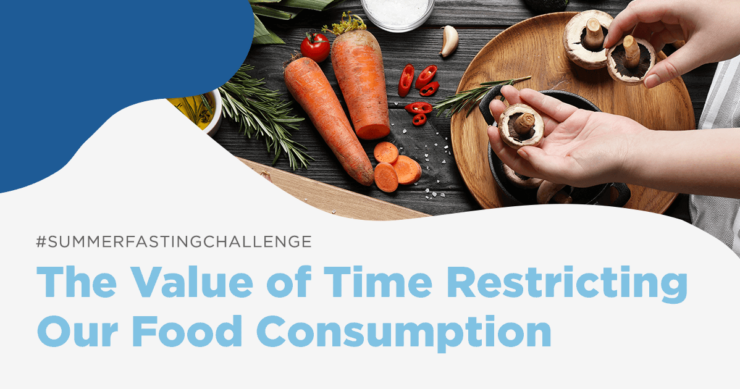 One very popular variation of outright fasting is what is called time-restricted feeding (TRF). In both humans and laboratory animals, TRF refers  the consumption of food only during a specific period of time each 24 hours. We know that this is certainly in contrast to the common way that people eat, meaning at least three meals a day with lots of snacks before, between, and after meals.

As it turns out, there appears to be quite a few health advantages to restricting the period of time that we eat during the day. Research has revealed, for example, how TRF positively affects a variety of cardiometabolic risk factors including blood sugar, and even the expression of our genes.

Last year, a fascinating study appeared in the journal Nutrients in which the researchers evaluated the effects of a TRF program on 11 overweight adults during a four day trial. The study was actually what is called a “crossover trial” meaning that all of the participants either started off with time-restricted feeding and then went to a more typical program of eating between 8 AM and 8 PM, or they started off eating pretty much as they wanted, and then proceeded to the time-restricted protocol. So all the participants served as both the control group and the intervention group.

The participants were monitored during the entire study with continuous glucose monitoring. In addition, a variety of other cardiometabolic risk factors were evaluated along with hormones, and even the expression of some very important genes.

Important findings included the fact that when people were in the time-restricted feeding part of the program, meaning that they only ate between 8 AM and 2 PM, there was a marked decrease in the 24-hour glucose by approximately 4 mg/dL. In addition the glycemic excursions, meaning the swings in blood sugar, also decreased by about 12 points. Further, brain-derived neurotrophic factor or BDNF, so important for brain health, showed an increase in the TRF group along with genes associated with both aging and autophagy, which has to do with our body’s ability to get rid of the defective cells and cell components.

So please take a look at the study as it certainly validates the usefulness of TRF as a powerful tool both in terms of regulating important blood markers like blood sugar, and also the very expression of our genetic code, for the positive. This is a non-drug intervention available to all and simply indicates that it is worthwhile to eat in a closed window of time (in this study from 8 AM to 2 PM). This means that for six hours of the day food is consumed, and for the remaining 18 hours, one is essentially in a fasting state.

There are many health virtues associated with fasting for short periods like 24 hours and longer, like several days. But it does appear that there is really solid evidence that restricting the time each day during which we consume food also shows significant promise in terms of paving the way for better health.