A Possible Correlation Between ALS and Omega-3? - David Perlmutter M.D.

A Possible Correlation Between ALS and Omega-3? 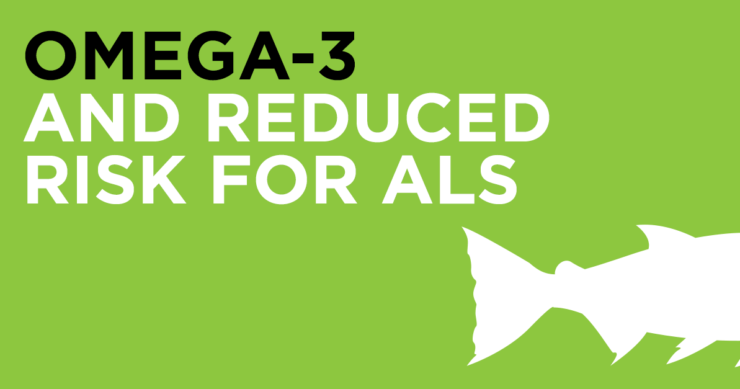 Amyotrophic lateral sclerosis (ALS) is a progressive, and almost universally fatal neurological condition. Recently, I, like many of you, participated in the Ice Bucket Challenge to help raise not only awareness of ALS, but also to raise money for clinical research with the hope of finding a cure for this devastating condition.

While the actual cause of ALS remains elusive, new research is revealing that lifestyle factors, especially food choices, may play a significant role in determining risk for this condition.

In this month’s issue of JAMA Neurology, Harvard researchers published results based on an analysis of more than 1 million participants in terms of diet and risk for this disease. In this large group of adults, a total of 995 ALS cases were documented to have occurred during the course of the study.

The results of the study revealed a powerful inverse relationship between consumption of omega-3 fatty acids like marine oils, and risk for ALS. Overall, comparing those who consume the highest level of omega-3’s to those consuming the lowest demonstrated that there was a 34% risk reduction for developing ALS in those consuming the highest levels omega-3 fatty acids.

It is certainly important to recognize that correlation does not necessarily mean causation. That is to say, just because there was a dramatically reduced risk of ALS in those individuals with the highest consumption of omega-3 fatty acids doesn’t necessarily mean that the consumption of these omega-3 fat essence reduced risk for this disease. Nevertheless, what we fully understand about omega-3s, especially the omega-3 fatty DHA, is that not only do they reduce inflammation, but in the case of DHA specifically, it enhances protection neurons against a variety of stresses.

Omega-3 fatty acids, specifically DHA, are an important part of the overall regimen that I recommend for brain health. I believe this new report is suggestive of a protective role of omega-3 fatty acids in terms of ALS risk. While this is a disease for which we have no treatment as yet, anything that we can do as it relates to prevention should clearly be considered.