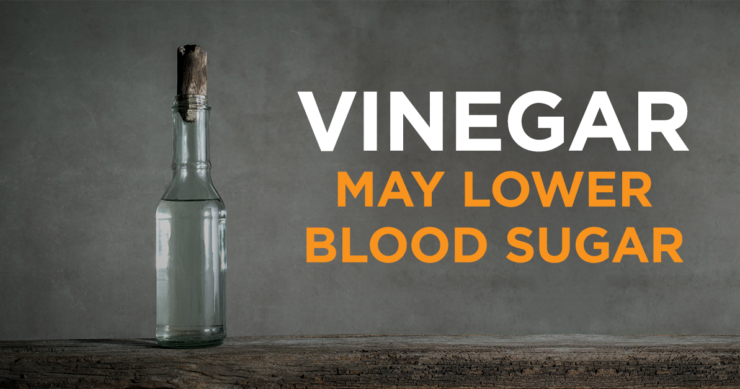 Doesn’t it seem like everyone is talking about the beneficial effects of vinegar? Well as it turns out, there is at least one scientifically proven benefit that I think you should know about.

In a recent study that was published in the Annals of Nutrition and Metabolism, researchers conducted four randomized trials to determine the effectiveness of vinegar in reducing blood sugar after a meal. They experimented on three groups of adults without diabetes, with one group that did have Type II diabetes. The study gave small amounts of vinegar (10 g) either with a meal, or five hours before a meal. The meals were standardized by serving either a complex carbohydrate, or a simple carbohydrate sugar – dextrose.

The researchers found that 10g of vinegar (2 teaspoons) ingested at mealtime, but not 5 hours before a meal, has a dramatic effect on blood sugar after the meal, reducing it by as much as 20% in comparison to placebo. This effect was seen when complex carbohydrates were ingested, but interestingly, not when simple carbs (sugar) were consumed.

Now, there may be some detrimental issues associated with vinegar consumption, but keep in mind that vinegar is one of the components of the so-called Mediterranean diet, a diet that has a track record of association with reduced risk for a number of diseases.