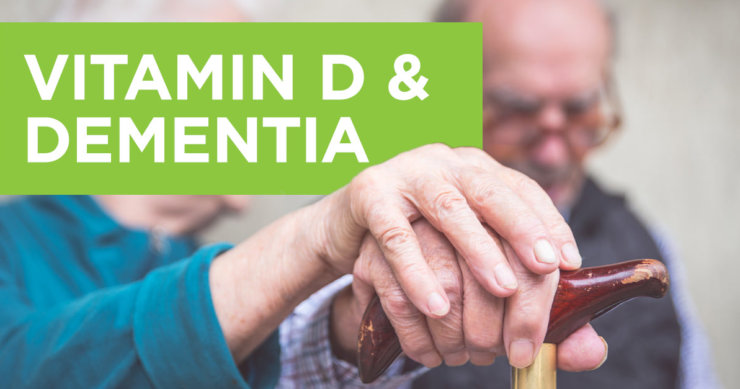 We’ve all grown up knowing that vitamin D is important for strong healthy bones. After all, that was the reason that labels on milk cartons stated that the product was “fortified with vitamin D.” But research now demonstrates that the role of vitamin D in human health and disease resistance is much more vast than we ever imagined. Even brain health is significantly affected by vitamin D!

ScienceDaily, a well-respected web site for health and other science related information, has published a review of research performed at Peninsula Medical School, the University of Cambridge and the University of Michigan. The research collected data on close to 2000 adults, aged 65 years or older, and evaluated both cognitive function as well as vitamin D levels. The researchers clearly demonstrated that as vitamin D levels declined, so did brain function. In fact, those whose vitamin D levels were the lowest had double the risk of being diagnosed as cognitively impaired.

Dr. Iain Lang, one of the researchers of this study stated:

This is the first large-scale study to identify a relationship between Vitamin D and cognitive impairment in later life. Dementia is a growing problem for health services everywhere, and people who have cognitive impairment are at higher risk of going on to develop dementia. That means identifying ways in which we can reduce levels of dementia is a key challenge for health services.

We do know that the brain is rich in receptors for vitamin D and that it activates more than 900 genes that have an important role in health. It has a role to play in modulating inflammation and blood pressure as well as immune function. And each of these activities may be important in brain health and function.

Humans get vitamin D from various foods, like oily fish, as well as foods that are vitamin D supplemented. In addition, humans are able to convert cholesterol into vitamin D when we’re exposed to sunshine. Further, many people take vitamin D as a supplement or as part of a multivitamin.

This is important information as it links low levels of a particular vitamin to problems with brain function. What it does not specifically indicate is whether or not taking vitamin D, or increasing the consumption of vitamin D rich foods, will necessarily prevent cognitive decline. That would require an interventional study in which people would be given vitamin D or a placebo and they would then be followed over time.